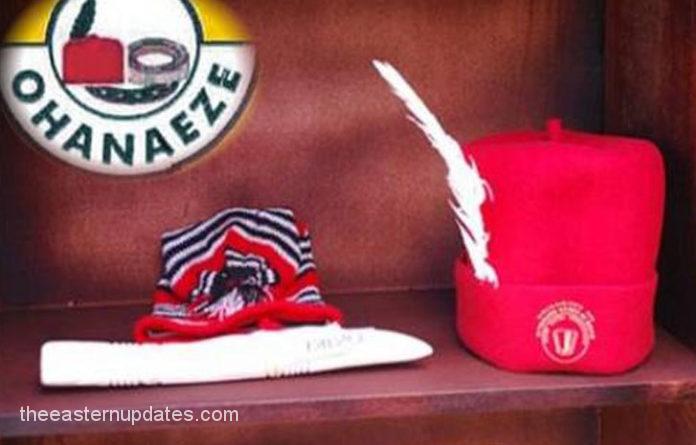 The late man who was aged 74, he is from Upatabo in Ahoada West Local Government Area of Rivers State. He retired from the Rivers State public service in 2014 as a Director of Finance.

Just before his retirement, the government of Rivers State found him worthy for an appointment as a Justice of Peace in 2007; and the entire people of Ekpeye were to confer on him the Unwo Egbeite Ekpeye of Ekpeye Land in 2008. Above all, he was at a point elected the President General of the Uzugbani Ekpeye.

His death was announced by President General of Ohanaeze, Professor George Obiozor, who described him as a truly committed Igbo chauvinist, erstwhile gallant Biafran soldier, faithful compatriot, harmonizer of interests and community leader.

The Eastern Updates reports that until he passed on Saturday, August 27, 2022, Kroham was at the forefront in the advocacy for a President of Nigeria from the South East. One of his last public outings was when he discharged an official function as the special guest of honour at the inauguration of Ohanaeze Ndigbo, South South Zone which held at the Igoni Grand View Hotel, Airport Road, Port Harcourt on July 22, 2022.

Far before the Port Harcourt event, Kroham had demonstrated an extra-ordinary commitment to Igbo nationalism and thus highly devoted to the galvanization of all Igbo interest groups.

A statement by the National Publicity Secretary, Dr. Alex Ogbonnia on behalf of the National Executive Committee (NEC) of Ohanaeze Ndigbo Worldwide said Kroham was allergic to the crop of some Igbo quislers in the South South of Nigeria who have unabashedly betrayed and denied their ancestral roots; their conscience, identity and have sold their umbilical cord for a mess of pottage.