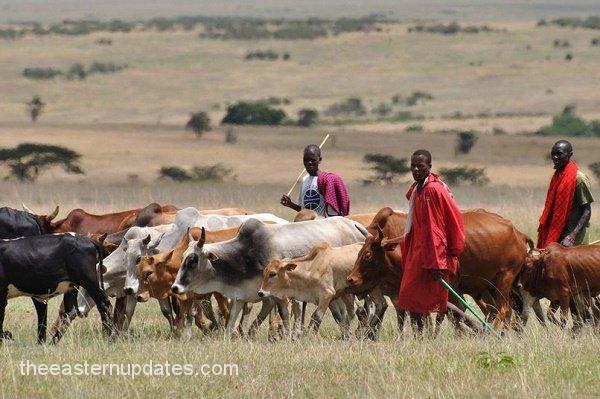 Eha-Amufu Community a community in Isi Uzo Local Government Area of Enugu State, has declared that they have failed to reach any agreement with Fulani herdsmen, over their activities on their land or the community.

The community described as false, claims in some quarters that they have reached an agreement with the herders on how they should operate in their community and their farm lands, saying that discussion between them is still going on.

Eha-Amufu community has, of recent, been witnessing attacks, including kidnappings for ransom, allegedly by the Fulani herdsmen who have had issues with the community over destruction of their crops and farmlands.

The community in a  statement signed by Tony Edeh and Comrade Louis Ede, Chairman and Secretary of the community’s Peace and Reconciliation Committee, respectively, denied reaching any agreement so far with the herders but they admitted that they met with some leaders of the Fulani but have not arrived at any decision yet.

The meeting, according to the statement, was on how “to stop incessant killing of our people, kidnapping and other criminal activities” allegedly by the herders.

They said the meeting “has not been concluded and no resolution has been taken because we want to involve the government as the community cannot do it alone”.

They argued that reaching any agreement without the involvement of the government would not be in the best interest of the community.

The community therefore urged the public to ignore  any claim made “on our behalf as it is not the true position of our discussion”.

The statement said that when the two parties conclude discussion with the involvement of the Enugu State Government, the public will be properly informed of the outcome.