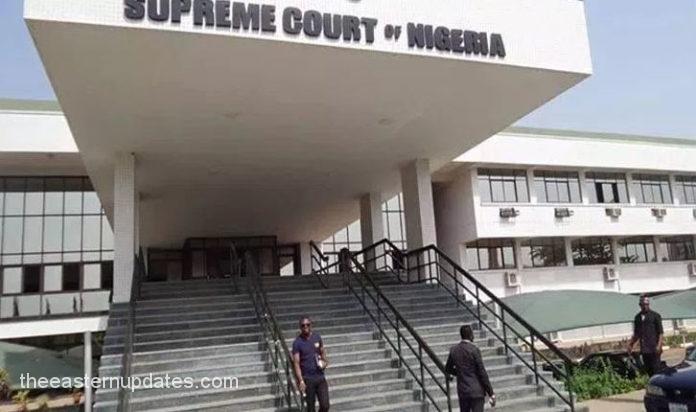 The former Ebonyi State chairman of the People’s Democratic Party (PDP), Barr. Silas Onu, has headed to the apex court in the land to appeal the decision of the appeal court sacking him.

The appellate court in its decision restored Mr Tochukwu Okorie as the substantive chairman of the party in the state.

Mr. Silas Onu, a former spokesman of the party, in the notice of appeal, raised two grounds.

In ground one he is arguing that the Court of Appeal erred in law when it assumed jurisdiction over the appeal before it and determined same.

According to him, the notice which commenced the appeal at the appellate court was a joint Notice of Appeal filed on April 22, 2022 by the PDP as the first appellant and the instant respondent, as the second appellant therein.

Mr. Onu insisted that the discontinuance of the appeal by the PDP rendered the joint notice of appeal incompetent, and cannot be amended thereafter

“The removal of the PDP as a party to the appeal, altered the original parties to the appeal which is a re-hearing of the proceedings at the trial court,” it said.