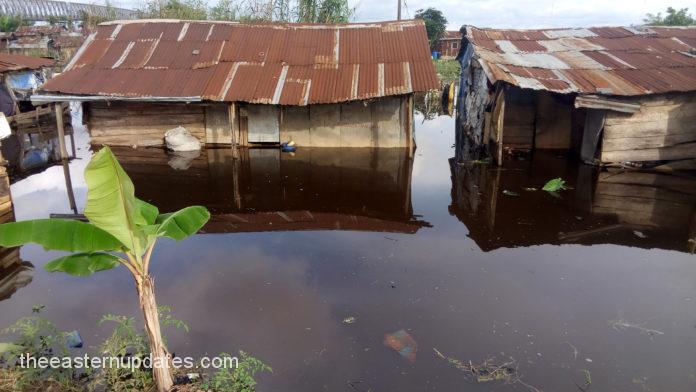 The National Emergency Management Agency (NEMA) has very seriously raised the alarm of a looming flood disaster, urging farmers, in particular, in many flood-prone areas in Anambra State to consider moving upland without delay.

This observation was made by the Coordinator of NEMA, Enugu Zonal Office, Thickman Taminu, who visited, Awka, the state capital, that the prediction of flooding by the Nigerian Meteorological Agency is on the course, advising that farmers should harvest their crops early to avoid destruction of produce, while residents should relocate to higher land to avoid loss of life.

Taminu observed there are two waves of flooding being experienced yearly. He explained that while the one currently on is the heavy rain-induced category, the other one that occurs due to overflow of rivers by waters running into the ocean is looming.

He, however, said the Federal Government, through NEMA, is yet to receive invitation from the state government or its lead agency, State Emergency Management Agency (SEMA), to either come and access the flood situation or intervene, proactively, in flood-related challenges.

He made the disclosure as an official of SEMA, Prof. Peter Katchy, announced that the agency has taken steps to prepare 28 Internally Displaced Persons (IDPs) camps across flood disaster-prone local councils as part of measures to take the affected people away from their endangered homes.

Katchy, who is the State Chairman of Nigeria Red Cross Society, pointed out that SEMA is embarking on sensitisation of flood-prone councils of Anambra East, Anambra West, Ayamelum, Awka North and Ogbaru, among others. He explained that emergency disaster can be effectively managed through adequate disaster preparedness, response, prevention, and mitigation.

Katchy said SEMA and other stakeholders can fight disaster through Emergency Preparedness and Response (EPR) coordination, registration of IDPs camps, provision of alternative power at IDPs camps, first aid in disaster, undertaking health emergencies, tracing and re-uniting of separated children with their families, counseling and care of orphans and vulnerable persons, etc.