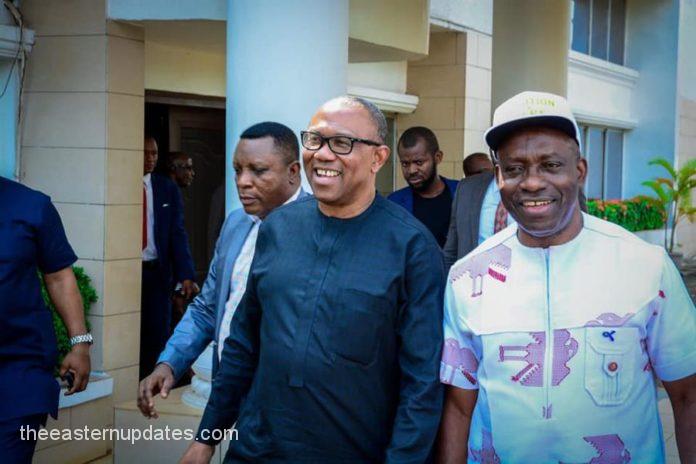 In lieu of his nationwide political tour, Peter Obi, the presidential candidate of the Labour Party (LP) has visited Anambra State and met with the State Governor, Charles Soludo on Friday.

Peter Obi who was also a former Anambra governor had visited Soludo at the governor’s lodge in the Amawbia area of the state.

“Both leaders had a mutual discussion behind closed doors. Afterwards, Mr Peter Obi commended Governor Soludo highly for the great job he is doing in Anambra State,” he said.

“Governor Soludo on the other hand welcomed Mr Peter Obi to Anambra as a prominent son of the State and wished him well on his Presidential bid as the Presidential candidate of the Labour Party.”

In another report, Peter Obi who is the Labour Party (LP), Presidential candidate and also the former Governor of Anambra has announced that he is always committed to issue-based and clean campaigns while threatening to thwart plans to spread false information about him.

Peter Obi had also warned that he will be rebuffing all ploysby naysayers to spread deceit and calumny to create disaffection among Nigerians.

Obi had in a statement on his verified Twitter handle, Thursday alleged that some opposition parties are promoting fake news and blaming him for it. He had also cautioned other political parties against fake news and misinformation while assuring that he will rebuff all ploys of deceit and calumny meant to create disaffection among Nigeria’s voting population, who desire credible leadership change.