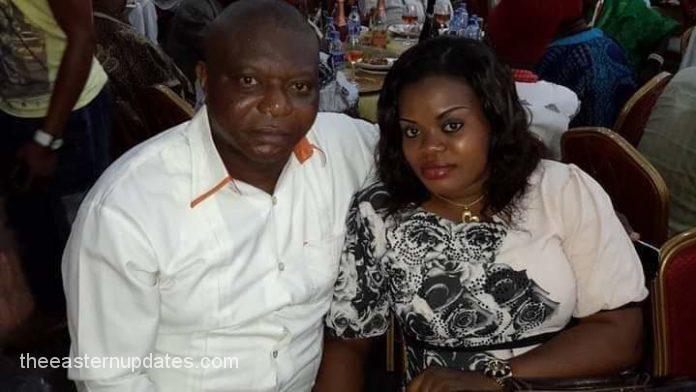 Mr Mbazulike Iloka, the suspended Transition Committee Chairman of Nnewi North Local Government Area, whose spouse Chidiebere had died in some very controversial circumstances has finally been arrested and detained by the Anambra state Police Command.

Iloka has also been suspended by the Anambra state government on Friday, pending the conclusion of some of the investigation into the alleged murder and to avoid any interference.

It had also been revealed that the embattled suspended Local Government chair,popularly known as Mba Mba is currently being detained at the State Criminal Investigation Department, Awka, Anambra State, under charges of culpable homicide.

The Anambra State police spokesperson, DSP Tochukwu Ikenga, confirmed the arrest to Newsmen on Wednesday. Ikenga, however, called for caution from the public, saying that the case is being investigated as an autopsy will prove the cause of the wife’s death.

“He is in our custody now and we urge the members of the public to be patient as the autopsy shall prove the cause of the wife’s death. Meanwhile, investigation is still ongoing please,” Ikenga added.

The source said his arrest was consequent upon a petition by the Human Rights Writers Association of Nigeria, on Monday and addressed to the Inspector-General of Police Usman Alkali Baba at the Nigeria Police Force Headquarters.

HURIWA reportedly dragged the suspended council boss to IGP Baba over issues bordering on domestic violence. Although, Mba Mba had claimed that the deceased slumped and died while serving him food.

In another report, the government of Anambra State has set up a family court to handle matters relating to domestic violence.

The Commissioner for Women and Children’s Affairs, Mrs. Ify Obinabo stated this on Monday, saying the court already has 10 pending cases, with nine suspects remanded.

Obinabo who spoke during a visit by a delegation of a women’s group, the United Business Women and Farmers Association, said the government of Prof Charles Soludo had zero- tolerance for domestic violence.