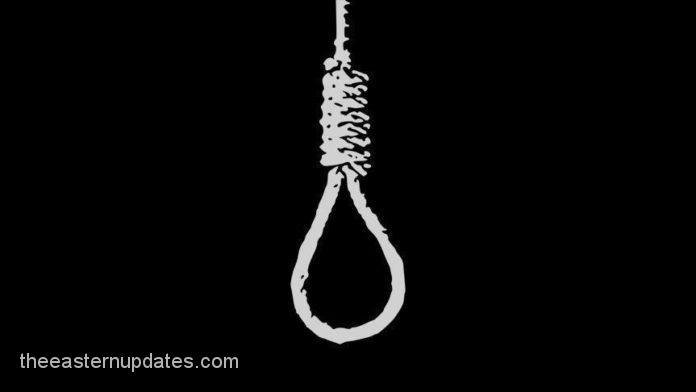 Modestus Hyacinth Egbulefu who has been identified as a 500-level student of the Michael Okpara University Of Agriculture Umudike, MOUAU, Abia State has committed suicide after he had consumed some hard drugs in Ikwuano council area, Abia State.

Egbulefu, who is also a student of the Department of Electrical/Electronic Engineering was said to have jumped from the 3 storey building identified as Groom Base Lodge,after allegedly taking some substances suspected to be ”Mkpulu mmiri.”

The incident which occurred at about 9:40am at the lodge as other students were shocked at the incident and tried in vain to revive him.

Sources had revealed to Newsmen that he died on the spot before he could receive medical attention.

It was  gathered that his corpse has been deposited at an undisclosed mortuary in the area.

As at the time of filing this report,efforts to get the reaction of the Police Public Relations Officer ,Abia State Command,SP Geoffrey Ogbonna, was unsuccessful as he was yet to respond to a call and text message sent to his mobile number.

In another report, the Ebonyi State Command of the Ebubeagu security outfit has announced the arrest of a 12-man suspected drug syndicate who specialised in the distribution of hard drugs such as methamphetamine, popularly known as mkpurummiri.

The suspects at the command’s office in Abakaliki, Ebonyi State, security consultant, Chief Stanley Okoro-emegha, revealed that the security outfit, on a tip off, stormed the hideout of the syndicate and arrested 12 of them while others a number of other narrowly escaped.

He noted that a lot of criminal activities perpetrated by hoodlums could be attributed to the consumption of hard and illicit drugs. He disclosed that apart from hard drugs and other substances recovered from the suspects, live ammunition and other dangerous weapons were also recovered from them.