HomePoliticsBanditry In Abia Getting Out Of Control - Ohuabunwa To FG
Politics

Banditry In Abia Getting Out Of Control – Ohuabunwa To FG 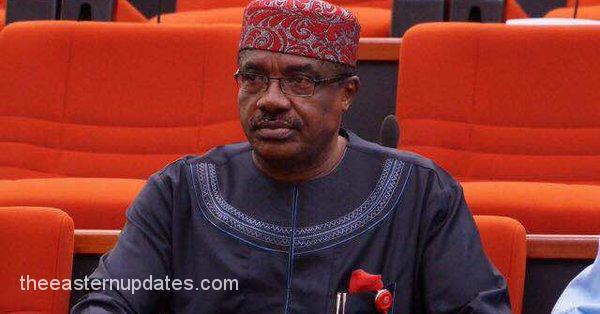 Renowned politician, Senator Mao Ohuabunwa has finally decried the menacing activities of bandits in Abia North and noted to the All Progressive Congreses, APC-led Federal Government to rise to its responsibility of protecting lives and property to avoid the people resorting to self defense.

The former Leader, ECOWAS Parliament had made this announcement while reacting to the recent blocking of Enugu-Port Harcourt Expressway between Leru and Okigwe ; and repeated attacks on Thursday around the same axis, plus another isolated attack at Lomara in Umunneochi also on Thursday.

Senator Ohuabunwa said that the rate of terrorist attacks on innocent people of Abia North “is getting out of hand and can no longer be tolerated” .

He knocked the APC-led Federal Government for failing to protect the lives of Nigerians who are now being picked up like chickens by bandits.

Ohuabunwa challenged APC Government to explain to Nigeria while bandits and terrorists would be on the prowl and no concrete action is taken to rein them in.

He accused the Federal Government of being over lenient to mass murderers, reminding those in power to take note of the implications of their “actions and inactions because the international community is keeping records”.

” There is no way we will keep quiet and allow this genocide to continue. How can innocent citizens and passengers either get killed or Kidnapped and then be forced to sell their village and borrow money they wouldn’t be able to repay before their death and pay as ransom?

” This is no longer normal. Should we fold our hands and allow terrorists to overrun us? It’s either the Government rises to the occasion or tell us they are overwhelmed and allow people to resort to self defense.”

Senator Ohuabunwa said everybody should be worried that bandits would have the temerity to block the Enugu-Port Harcourt Expressway and abducted several innocent commuters.

He said he did not believe that the Nigeria security agencies could not deal with the perpetrators of the menace but added that the body language of Government calls for concern.

Ohuabunwa who is the senatorial candidate of the Peoples Democratic Party, PDP for the 2023 election, urged every Community in Abia North, to revive its local vigilante because the times are not normal.

He also urged South East Governors and critical stakeholders to unite against this menace. The former Leader House of Representatives wondered how the 2023 election would hold amidst insecurity and uncertainties.

” How can we be telling people to vote when they are not sure of their security? Something has to be done, and urgently too.”