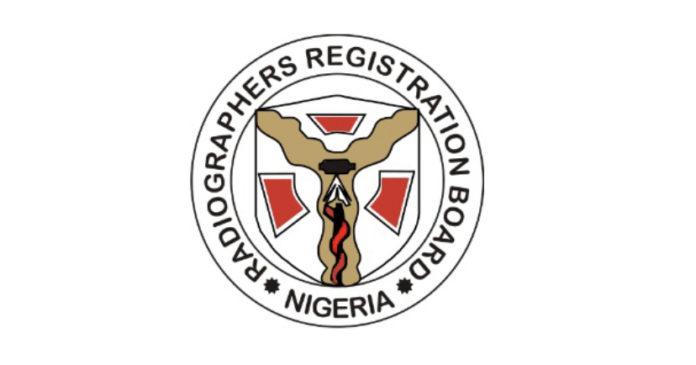 The Disciplinary Committee of the Radiographers Registration Board of Nigeria (RRBN) has suspended one of their members, Dr. Anthony Chukwuka Ugwu over some social media posts.

Ugwu is also a lecturer in the Department of Radiography, Nnamdi Azikiwe University (UNIZIK) in Awka, Anambra State.

RRBN Registrar, Professor Mark Okeji who is also the secretary of the disciplinary, announced the sanction against him.

Okeji said Ugwu, the owner of St. Michael Diagnostic Center in Nnewi, was found guilty of misconduct. The offences included unethical behavior, unwholesome acts, and infamous conduct in contravention of the code of conduct and ethics.

Others were derogatory remarks about the board and his senior colleague as well as the circulation of an official letter, not addressed to him, on social media.

The board considered the actions “as disrespectful, abusive, insulting and unwholesome and unbecoming of a professional”.

The doctor was also ordered to pay N1 million to offset the incidentals incurred by the board.

In another report, a recreational building which is owned by the Nnamdi Azikiwe University Women Association (NAUWA) cooperative, the bakers of UNIZIK Bread, was yesterday destroyed by a heavy rainstorm.

The Eastern Updates gathered that the roof of the affected building which served a number of purposes was pulled off and flung into a nearby swamp even as some wares being used in the facility were also damaged.

Chairman of the NAUWA board Prof Gladys Ahaneku, while conducting reporters around the scene, lamented the ugly occurrence, saying that the worth of the things damaged by the storm was over ₦2 million.

Mrs Ahaneku disclosed that the ugly incident would pose a serious financial challenge to the firm as the association may have to pull funds from its meagre financial resources to fix the damaged building.

‘So, from end to end, the whole roof was pulled to the other side. Anybody looking at it and knowing what the cost of building materials is in the market now will know that this is nothing less than N2 million,’ she lamented.

Secretary of the board and business chairman, NAUWA bakery, Dr Chito Ekwealor, and a board member, Prof. Stella Okunna, in their separate remarks, decried the situation disclosing that they were saddened by the ugly incident.