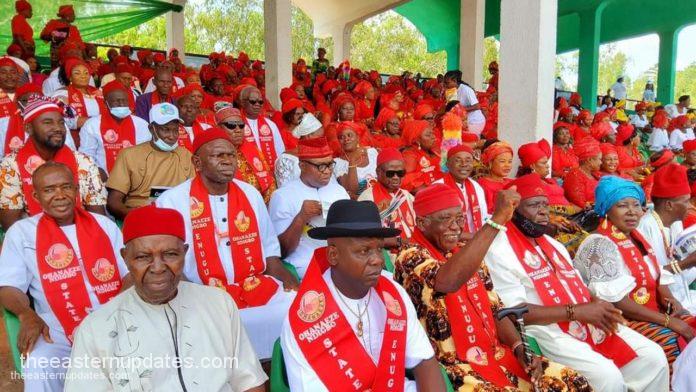 Apex Igbo socio-cultural organisation, Ohanaeze Ndigbo has disclosed that it is presently exploring the possibility of establishing industries, as well as a university in the South East which will offer specialised courses in Engineering, Medicine, Science and Technology.

This was part of a communiqué issued at the end of the inaugural meeting of Ohanaeze Council of Business Leaders, in Abuja. According to the communiqué obtained by The Eastern Updates, the apex Igbo body would also pay attention to agriculture in the area.

The chairman of the council, Chief Emmanuel Iwuanyanwu, who read the communiqué, said the business leaders reflected on the past, present circumstances and the future of Ndigbo. Iwuanyanwu noted that the Igbo leaders resolved that going forward, Ndigbo must take their destiny in the own hands.

He recalled that by 1960, when Nigeria became independent, the defunct eastern   region had achieved great heights in education, industry and commerce.

According to him, the accomplishment of the Igbo nation was attained through functional education, which gave the people a leap above their neighbours.

Iwuanyanwu, while explaining that the initiatives would be funded through contributions by stakeholders, stressed the need for functional education in the South East, for the zone to continue to make progress.

He said: ‘We have taken a decision today that we are not going to depend on government again; we are going to take our destiny in our own palms by making sure that Igbo land is industrialised.

‘We have carried out studies which revealed that in every field – if we work very hard without relying on government, since we know we have no one in power for now –we can develop our place.

‘We have taken a decision to focus on education because it is actually the mainstay of our development. We think we are going to repeat that because educational standards have gone down. We are determined today that we are going to change the narrative.’

The Igbo leader further disclosed that a committee had already been set up to take a critical look at the state of education in the South East and expected to come up with a report within one month.