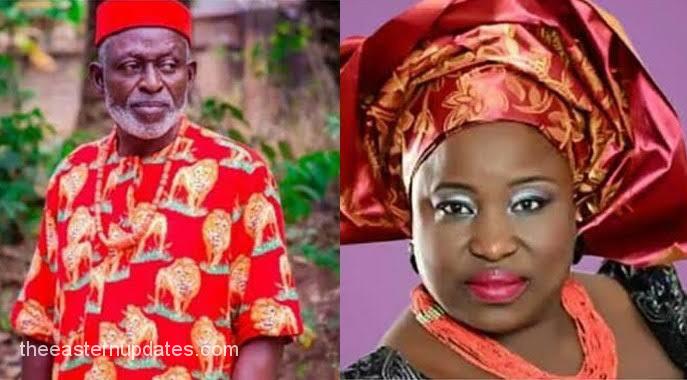 The gunmen that abducted two veteran Nigerian Nollywood actors, Cynthia Okereke and Clemson Cornel, aka Agbogidi, have demanded for a sum of $100,000 for the release of the captives.

According to reports, the kidnappers had contacted family members of the captives about 24 hours after they were declared missing.

The duo were said to have gone on a shooting assignment from where they eventually abducted from.

Both actors are renowned for starring in movies shot in Enugu and Delta states.

The development is said to have thrown the community of actors into confusion with the task of raising the funds for their release.

President of the Actors Guild of Nigeria Emeka Rollas, confirmed that contact has been established with the families while he said the guild is working with relevant security agencies to ensure safe return.

‘We are also working closely with the different security operatives, but we are not sure what to expect from them because the same thing is happening everywhere in the country.’

Already, the guild has warned its members against shootings in remote areas unless they arrange adequate security for themselves.

When asked how the AGN is planning to raise money for the release of the kidnapped actors, he said, ‘We are liasing with the family. It is not the guild that is supposed to provide the money. Right now, we are still brainstorming on what to do, while the security operatives are also doing their jobs.

‘We have already taken a proactive step to say that actors should not go to the outskirts of town to shoot films. Even the ones who are filming in cities should ensure that they have adequate security.’

Rollas also stated that though a demand for ransom had been made, no ultimatum had been given on when the money should be paid.

Africa Daily News, New York recalls that AGN’s Director of Communications, Monalisa Chinda had two days ago announced that the actors’ families have confirmed that they were yet to return from a film Location at Ozalla Town, Enugu State.