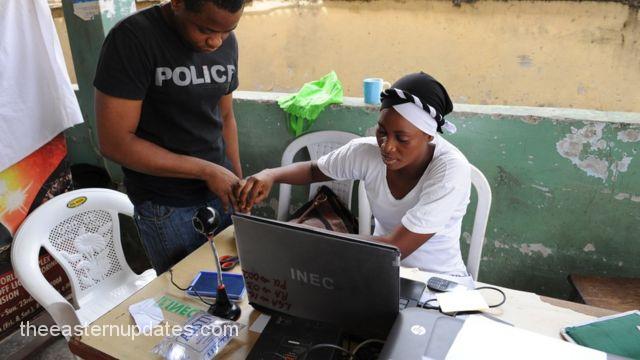 In lieu of the deadline of the nationwide CVR sessions, the Abia State Government has announced the full cancellation of the month’s clean-up exercise which had been originally scheduled for Saturday 30th July 2022.

This is also coming on the heels of the July 31st deadline which had been slated for the conclusion of the continuous Voters Registration (CVR) exercise which is being held across states of the Nigerian federation ahead of the forthcoming 2023 general election in the country.

The Independent National Electoral Commission (INEC) had announced that the Continuous Voter Registration (CVR) in Nigeria will end on July 31.

The Abia Government, in a release by the Secretary to the State Government (SSG), Barrister Chris Ezem, issued to journalists in Umuahia, the state capital on Friday, stated the cancellation of the clean-up/Sanitation exercise is to enable those that are yet to obtain their Permanent Voters Card (PVC) to use the period to do so before the expiration of the deadline.

The press release partly stated, “Government urges all Abians and residents to use this opportunity properly by ensuring that they complete the registration process and obtain their Permanent Voters Cards”.

In another report, While taking some measures to prevent a repeat of the dastardly attack on some of their officials in Enugu State, the Independent National Electoral Commission (INEC) has finally announced a suspension to the Continuous Voter Registration (CVR) exercise in a local government in Enugu State following a brutal attack on its officials.

The unnamed officials of the commission had been attacked by gunmen on Wednesday at a community primary school in Umuozzi Ward 19 of Igboeze North Local Government Area of the state.

While no casualty had been recorded, the national spokesperson of the INEC, Festus Okoye, said staff members sustained different degrees of injuries as a result of the attack.

He had also revealed that the commission also lost two of its registration machines while staff involved in the attack lost personal belongings.