HomeFeaturesBarr Ejiofor Laments Over Unlawful Detention Of Staff Since 2021
Features

Barr Ejiofor Laments Over Unlawful Detention Of Staff Since 2021 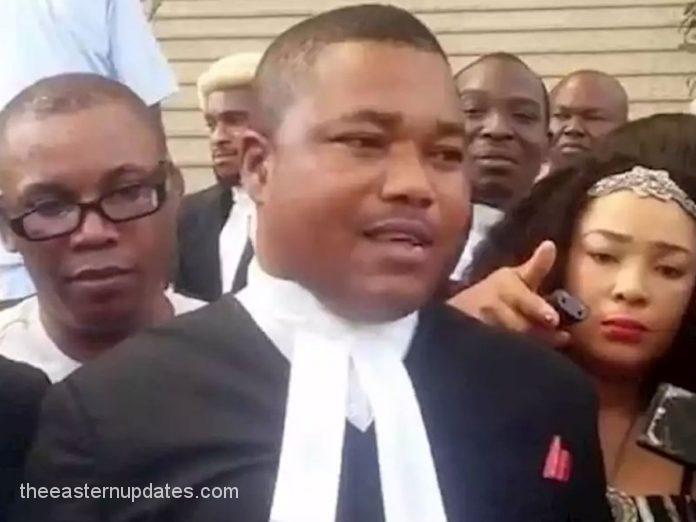 Barrister Ifeanyi Ejiofor who is the lead counsel to the Leader of the Indigenous Peoples of Biafra IPOB, has cried out over the continued detention of his domestic staff by some of the officials of the Department of State Service, DSS since June 6, 2021, when his ancestral home in Anambra State had been allegedly invaded by security operatives.

Ejiofor had also pleaded with the Nigerian President Mohammadu Buhari and the Attorney General of the Federation AGF to prevail on the Director General of the DSS to immediately and unconditionally release the domestic staff who are still in detention.

At a press conference which had bee held in Abuja on Friday, on the judgment of a Federal High Court which declared his house invasion as barbaric, uncivilized, illegal and unconstitutional, Ejiofor demanded immediate compliance with the court verdict to release his detained workers.

Justice Hassan Nganjawa had in the judgment delivered on July 22 ordered the Police, DSS Nigeria Security and Civil Defense Corps and the Nigerian Army to pay a sum of ₦107 million compensation to the lawyer for the unlawful invasion of his house and for the destruction done to his personal properties during the unlawful invasion.

Barrister Ifeanyi Ejiofor, the lawyer to the leader of the embattled leader of the Indigenous People of Biafra (IPOB), Mazi Nnamdi Kanu, has debunked all reports that he is “missing” in the Department of State Services (DSS) facility.

Barrister Ejiofor had made this clear in a statement which he put out on Friday titled, “Important clarification”.

The lawyer had also noted that contrary to reports, particularly an audio clip circulating online that Kanu was missing, the embattled IPOB leader was still in detention.

He said Kanu was in the DSS facility and he visited him (Kanu) on Thursday.