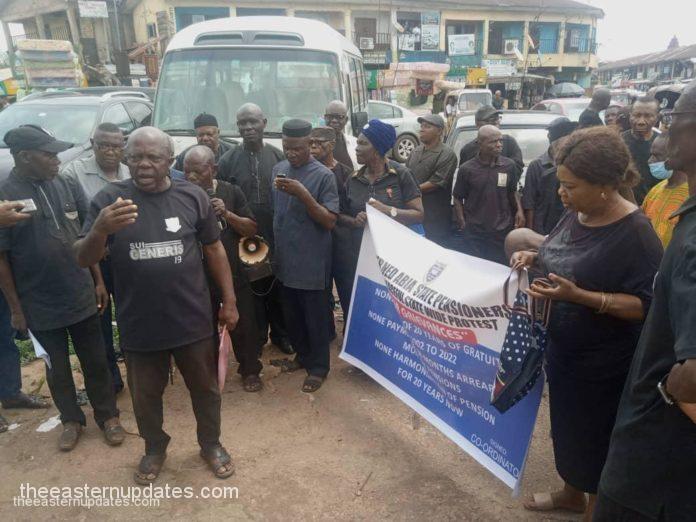 In lieu of the recent massacre of some youths by officials of the embattled Ebubeagu security network, some hundreds of women and youths who are from the Oguta local government area of Imo State have staged a massive protest in their communities and towns while insisting that the Ebubeagu security outfit of the government should be banned from operating in Oguta after they allegedly killed some youths.

The women who donned black attires had moved the protest in and around the community and to the Oguta Divisional Police Station in the area to present their heartfelt demands.

They made it clear that they were protesting because they wanted justice for the victim Ogbonna while reiteating that the Ebubeagu should go because they were afraid that if they continued to stay in the community, they would wipe out all the youths in the area.

According to one of the protesters, a woman, whose video went viral on social media  during the demonstrations while speaking to police officers at the Oguta Police station,   “Please what we are begging you, the police is to tell the Ebubeagu security outfit to leave our community before they  kill all our youths.

“Come and save us. Tell them to leave our community so that there will be peace in the land. Ebubeagu should go before they make us childless.”

At the time of filing this report, protests were still  going on in parts of the Oguta local government area of the state against the operation of the Ebubeagu security outfit of the government.