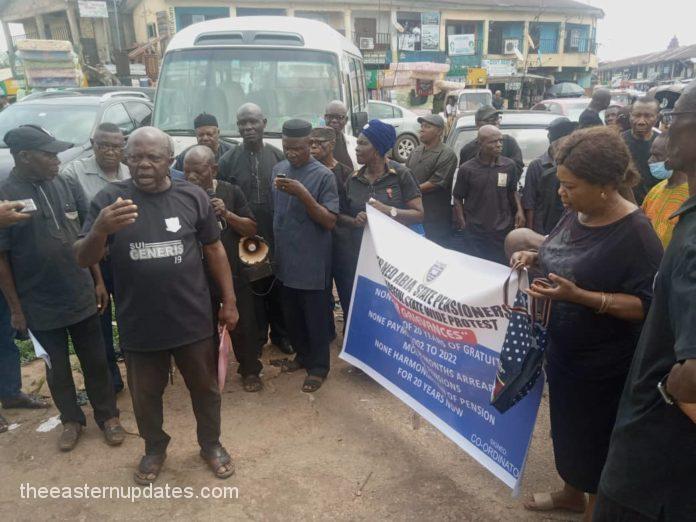 The Amaeshe, Oguta 1, in the Oguta Local Government Area of Imo State was shut down on Sunday when some youths staged a massive protest in the area after the news that the Ebubeagu security officers allegedly shot dead 25-year-old Kelechi Ogbonna.

The killing of the student had sparked protest in the areas even as the suspects in a bid to escape injured other youths who had been hospitalised.

Videos clips have also materialized where the suspects were shooting in the air as they tried to escape from the mob. Driving in their Sienna vehicle and cladded in black attires, the enraged youths jeered them as they zoomed.

But for the timely intervention of policemen led by the Divisional Police Officer, the casualty would had been many.

Angered by the killing, the youths carried the dead body to the house of the immediate past Interim Management Committee Chairman of Oguta LGA where they protested.

They called on the government to bring the killers of Ogbonna, a student of Priscilla Memorial Grammar School, Oguta, to justice.

An eyewitness, who does not want to be mentioned, told our correspondent that the youths only questioned why the Ebubeagu Security officers should come to arrest a youth without the approval of the police.

“They came to arrest a youth but they were questioned if policemen were aware. They started shooting and in the process killed Kelechi Ogbonna. They injured others and they had been hospitalised,” he said.

The youth president of the community, Chinagorom Origbo, said the incident had been reported to the police. He said the youth organisation was demanding justice in the matter.

Sister to the deceased, Zinny Ogbonna, who spoke to Newsmen, said the remains of her brother had not been deposited in a morgue as of the time of filing this report.

The police spokesperson for the command, Micheal Abattam, had yet to respond to a text message sent to him as of the time of filing this report.