Why You Should Be Thrown Into Jail – Dokubo Hits Peter Obi 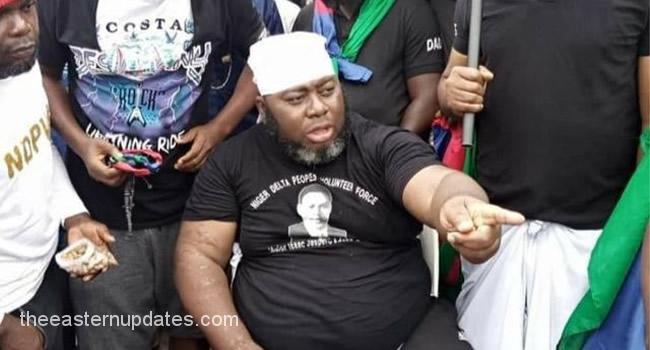 Asari Dokubo who is a controversial, former Niger Delta militant leader, has smashed the presidential candidate of the Labour Party, LP, Peter Obi to smithereens while urging that he should be in jail.

Dokubo had noted that Peter Obi should be in jail for investing the funds of the Anambra State government while he was a governor.

He had also criticized the former Anambra State governor, alleging he invested the state funds in a family business.

“In a normal country, Peter Obi is supposed to be in jail for investing state money in a family business and failed” Asari Dokubo.

He urged Nigerians not to vote for the former Anambra State governor during the 2023 presidential election.

Dokubo had stressed that the Labour Party’s presidential candidate was not fit for the highest political office in the country.

Peter Obi had reportedly made the trip to Gov Ikpeazu’s country home at Umuobiakwa, at the Obingwa local government area.

The governor’s spokesman, Onyebuchi Ememanka had also issued a statement about the meeting.

Obi informed Ikpeazu that he was in Abia to attend an event at the Mater Dei Catholic Cathedral Umuahia.

The visit was said to be “in line with official courtesies and protocols”.

“They also had a private breakfast session”, Ememaka added.

Ikpeazu presented Obi with the first ever Abia State Long Term Development Plan and the Abia State Industrial Policy. The documents were presented to him on Friday by ECOWAS Representative at the United Nations Industrial Development Organization (UNIDO).