HomeFeaturesAmnesty International Tackles FG Over Killings In The S'East
Features

Amnesty International Tackles FG Over Killings In The S’East 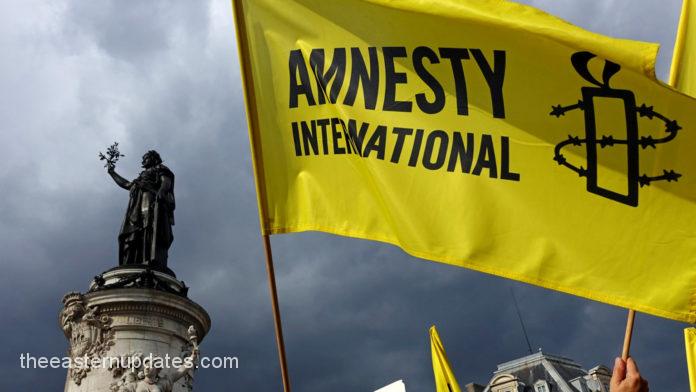 In the wake of the recent alleged killings by Ebubeagu operatives, Amnesty International has lambasted the Federal Government of Nigeria and the security agencies in the country for failing to investigate the recurring killings by the South-East regional security outfit.

The group slammed the government in a statement by its spokesperson, Isa Sanusi, on Tuesday which was obtained by The Eastern Updates.

While reacting to the alleged killing of seven youths by Ebubeagu in Imo State on Sunday.

The human rights group faulted the FG for attributing the killings to members of the Indigenous People of Biafra rather than carrying out proper investigations.

It added that it has documented several cases of extrajudicial executions by law enforcement officers and members of the Ebubeagu security outfit responding to the violence in the South-East.

The Director, Amnesty International Nigeria, Osai Ojigho, stated, ‘It is horrifying that unarmed young men who clearly posed no threat to anyone were gunned down, in utter disdain for the right to life. Such killings cannot be justified under any circumstances whatsoever.

‘Nigerian authorities must end these unlawful killings. Authorities must promptly, thoroughly, and transparently investigate the killings and bring to justice, in fair trials, anyone suspected of criminal responsibility.

‘Authorities must also ensure access to justice and effective remedies for victims and their families.

‘At least seven friends including two siblings were allegedly extrajudicially executed by members of the Ebubeagu state security outfit at Awomamma community in Oru East Local Government of Imo State on 17 July 2022.

‘Instead of launching proper investigations into these killings, security and government officials are often quick to claim victims of extrajudicial executions were caught up in shoot-outs or simply label them members of the Eastern Security Network, the armed wing of the Indigenous People of Biafra or unknown gunmen.