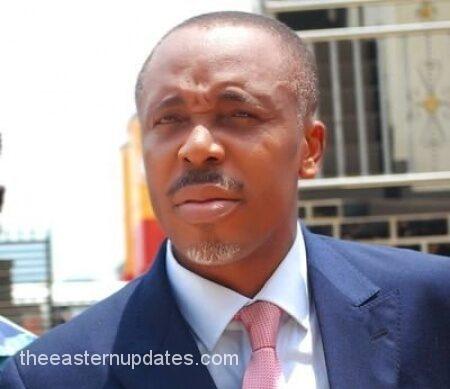 The Imo State Governor, Hope Uzodimma has made a new appointment of pioneer Commissioner for Lands and Survey, Mr Enyinnaya Onuegbu as his new Chief Political Adviser and Head of Political Bureau in Imo State.

This new appointment had been announced in a statement issued on Sunday, by the Chief Press Secretary and Media Adviser to the Governor, Mr Oguwike Nwachuku.

Onuegbu’s appointment takes immediate effect, according to the statement.

It read in part; “Onuegbu, an ex-officio member of the APC, is a committed member of the party and has many years of active experience in legal practice.

“He hails from Ngor Okpala Local Government Area of Imo State and as the Traditional Prime Minister of his community, goes by the title of Ebekuodike,” the statement added.

The governor urged his new appointee to bring a wealth of experience into the office.

Before this appointment, Onuegbu worked as Commissioner for Power before the governor dissolved the Cabinet

In another report, Governor Hope Uzodinma had openly asked All Progressives Congress (APC) members to ignore opposition parties who are “only strong on social media” in a subtle missile against Peter Obi of the Labour Party and his ‘OBIdeient supporters.’

Governor Hope Uzodimma stated this during a meeting with party members and stakeholders in Imo on Friday.

The governor’s comment is most likely a swipe at the Labour Party (LP) and its presidential candidate, Peter Obi.

LP and Obi have been criticised for being more prominent on social media and not having a structure ahead of the 2023 elections.