Kanu’s Release: Ortom Is A Lone Voice In Wilderness – COSEYL 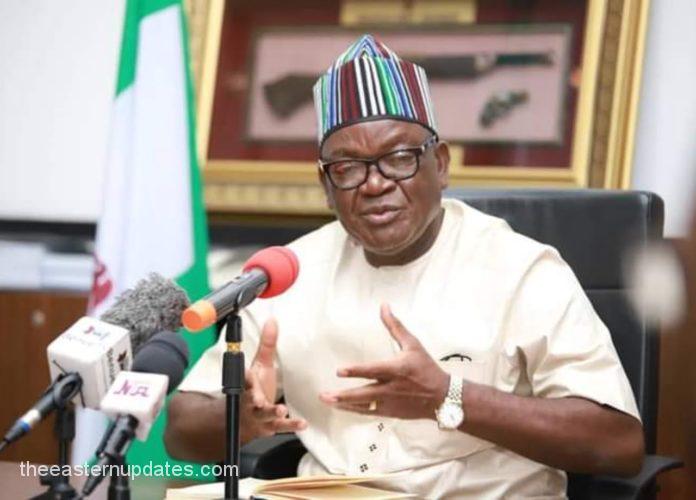 The Coalition of South East Youth Leaders, COSEYL, have reacted to the recent call by the Benue State Governor, Dr. Samuel Ortom for the release of the embattled leader of the Indigenous People of Biafra, IPOB, Mazi Nnamdi Kanu while commending him for it.

Governor Ortom had during a meeting with a group under the aegis of American Veterans of Igbo origin in Washington DC, USA on Wednesday, openly called for the release of the secessionist.

Reacting, the coalition of Igbo youth groups, said Ortom’s call has shown that “he is a man of justice and fairness who always stands firmly on the side of truth at all times even when it is not convenient to do so”.

A statement issued on Friday by the President General of the coalition, Goodluck Ibem said, “Ortom has been the lone voice in the wilderness, standing firmly in defense of the downtrodden and the voiceless masses of Nigeria.

“Governor Ortom has over the years proven to be a different Governor whose primary purpose of being in governance is to work for his people and defend them including other Nigerians who are not from his state.

“Ortom is truly patriotic and his stand on national issues is because he wants to see his country be on its feet again.

“He has always demonstrated courage in saying the truth even in the face of danger. He has shown to be a selfless leader who sees political office as an opportunity to work for the people in order to better their lot. In a generation where people like him with such boldness, audacity and courage are not easy to come by, Ortom is truly the People’s Governor! He is a rare gem.

The coalition called on the federal government to, as a matter of importance, heed to Governor Ortom’s call and “release Mazi Nnamdi Kanu from detention without further delay.

“The call by Governor Ortom that the federal government should handle Nnamdi Kanu’s case politically remains the only solution in solving the problem facing us today”.