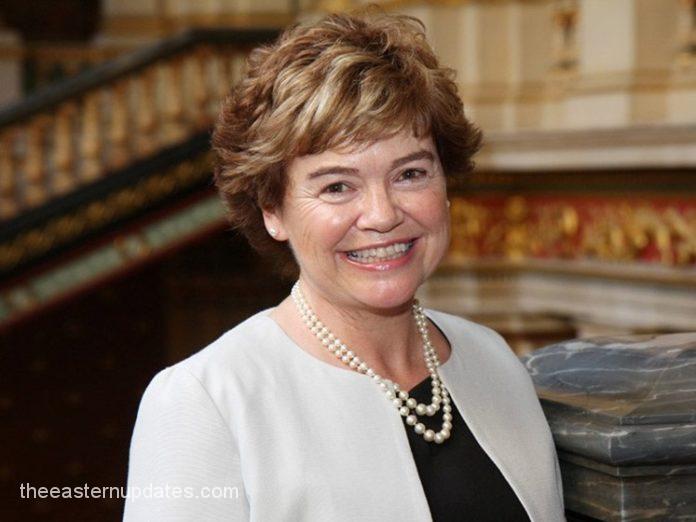 The Indigenous People of Biafra, IPOB, have put out an open warning to the British High Commissioner to Nigeria, Catriona Laing, to make sure that she suspends her planned visit to the South-Eastern part of the country.

The IPOB group had made the call after it raised the alarm over an alleged plot to assassinate Laing during her visit to the South-East region of Nigeria.

According to the proscribed group, which claimed it got the information through its intelligence arm, the M-Branch, the idea is to assassinate the envoy in the South-East and blame it on its members.

This was revealed in a statement by IPOB’s spokesman, Emma Powerful, on Thursday.

The statement partly read, “The global movement and family of the Indigenous People of Biafra, under the leadership of our Liberator Mazi Nnamdi Okwuchukwu Kanu, wish to advise the British High Commissioner, Catriona Laing to be more conscious of her environment.

“The reason for this sincere security advice is to save her life.

“The leadership of IPOB do hereby advise that Ms Catriona Liang, must as a matter of life and death suspend all her planned activities involving travels within Biafran Territories.”

In another report, the Indigenous People of Biafra, IPOB group has on Wednesday lashed out at Islamic cleric, Sheikh Ahmad Gumi over his recent comment that the emergence of Peter Obi as the Labour Party, LP, the presidential candidate has slowed down Biafra agitation in the Southeast.

However, IPOB have reiterated that Peter Obi’s involvement in Nigerian politics cannot compromise the agitation for Biafra.

The Eastern Updates had reported that Gumi said the emergence of Obi as LP presidential candidate had slowed down the agitation for Biafra. The cleric had also noted that the Peter Obi’s movement had reduced IPOB’s activities, thereby bringing relative peace to the Southeast.

Condemning Gumi’s remark, IPOB reiterated that it does not recognize Obi as a Biafran because he opted to engage in Nigerian politics.

The separatist group noted that Obi’s involvement in the presidential race won’t affect its agitation for Biafra. IPOB stressed that it does not engage in Nigeria’s election process because it’s “shambolic” and fraudulent.

A statement by IPOB’s spokesman, Emma Powerful, described Gumi as clueless and uninformed about its activities.