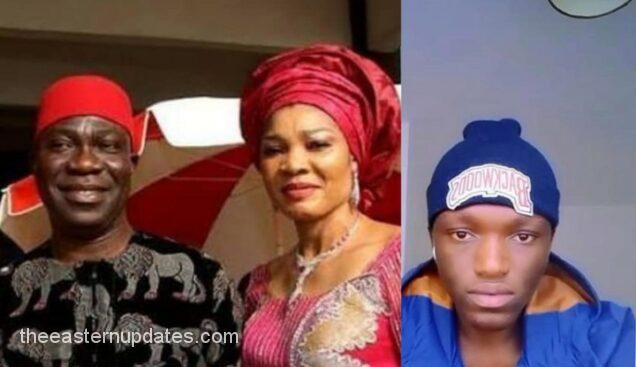 Justice Inyang Eden Ekwo of the Federal High Court in Abuja has on Wednesday put a direct order to the National Identification Management Commission, NIMC, to immediately make sure that they release the bio-data of David Ukpo to the Attorney General of the Federation, AGF, for onward transmission to the United Kingdom Court.

The court had also issued the order following a request to that effect by the Commission and in response to the request of the detained former Deputy President of the Nigerian Senate, Ike Ekweremadu where he was to defend himself in a London court.

Although the court had on July 1 issued an order that the four respondents sued by Ekweremadu release details of David Ukpo to him and his detained wife, Beatrice, NIMC did not obey the order. At Wednesday’s proceedings, NIMC, represented by Mr Muazu Mohammed, informed Justice Ekwo that his client could not obey the order of the Court because it was not served with a hearing notice before the order was issued against it.

Mohammed who earlier asked for revocation of the order later amended his motion on notice.

In place of revocation of the order, the counsel requested that his client be directed to submit information on David Ukpo to the AGF instead of Ekweremadu for onward transmission to the United Kingdom Court detaining the Nigerian Senator.

The request was not opposed by Chief Adegboyega Awomolo SAN who stood for Ekweremadu.

Justice Ekwo subsequently granted the request and ordered NIMC to submit the Bionica to the AGF for onward transmission to London Court.