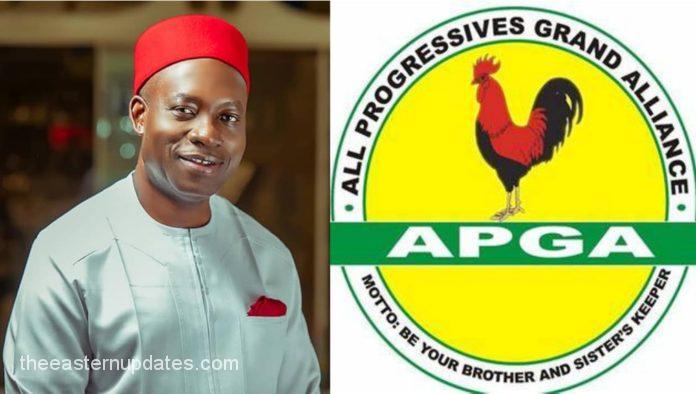 Obigwe, in a statement released which was obtained by The Eastern Updates, commended Soludo for matching his words with action.

On the assumption of office, the governor had appealed to all armed groups terrorising Anambra State to surrender their weapons, come out of the bush and change from their evil ways, but they refused to heed his wise counsel.

Obigwe expressed optimism that the operation launched against the criminals on the directive of the governor is yielding fruitful results, as the hideouts earlier used by the gunmen to perpetrate their evil acts are no longer safe for them.

‘Governor Soludo gave ndi Anambra the assurance that the Egyptians they see today,  they shall see no more.

‘From Ukpor in Nnewi South to Orsumoghu, Lilu in Ihiala to Ogbaru to Aguata and all the communities in our State, being used by the terrorists masquerading as unknown gunmen are no longer safe for them.

‘They are now paying the price of the heinous crime they are committing in our state, and that serves them right.

‘The war against them is not stopping anytime soon because governor Soludo vowed to ensure that nobody among them would be spared.

‘The governor knows very well that security is the bedrock of sustainable development, hence, his reason for vowing not to spare the terrorist masquerading to be unknown gunmen.’

Obigwe expressed delight that for some weeks now, news of killings by unknown gunmen in Anambra have died down, rather, what is being heard now has been incidents of how the heartless unknown gunmen are now paying for their crimes.