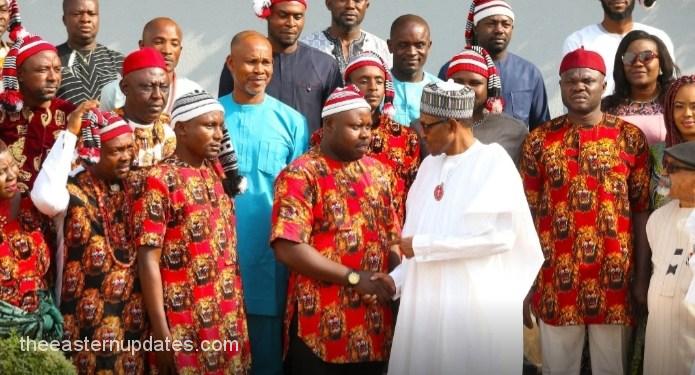 One of the factional socio-political organisations in the southeast who have been identified as the Alaigbo Development Foundation, ADF, have revealed that they have lost faith in Nigeria’s electoral system ahead of the 2023 general election.

The Alaigbo Development Foundation, ADF had also noted that it didn’t hide its reservations about the current electoral process in the country, which would be signalling the election of the nation’s leaders come 2023.

Prof Uzodinma Nwala who is The President-General of the group,  ad also made this known in a statement signed and issued to journalists during a reception organized in honour of the former presidential aspirant, Sam Ohuabunwa, who contested for President on the platform of the Peoples Democratic Party, PDP.

Prof. Nwala described as brutal, undemocratic, and highly monetised the recent primary election of PDP that was held in May 2022.

He said: “This is a special moment for us, members of the Alaigbo Development Foundation, as we welcome one of our most remarkable leaders, Mazi Sam Ohuabunwa, who has just returned to us after a brutal encounter with the undemocratic mode of selection of candidates for the presidency of the Federation of Nigeria.

“Right from the beginning of the current electoral process, even before and in fact till tomorrow, the ADF never hid her lack of faith in the highly monetised and corrupt electoral system in Nigeria.

“What Ohuabnunwa has undergone is a brutal experience with the Nigerian electoral system, which ADF has consistently referred to as the game only vampires can play.

“ADF is of the view that Ohuabunwa lost in the undemocratic delegates mode of selection in the Nigerian electoral system and that the masses of Nigeria had no hand in what happened at the National Stadium on May 28 and 29, 2022.”