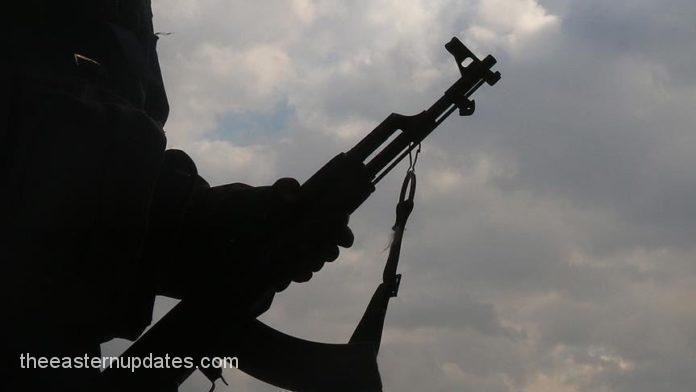 Some yet-to-be-identified Gunmen on Tuesday killed at least three people during an attack on Ngbo community in Ohaukwu Local Government Area of Ebonyi State.

The marauders also destroyed properties believed to be worth millions of naira in the community before fleeing.

The police spokesperson in Ebonyi, Chris Anyanwu, confirmed the incident to The Eastern Updates in an interview.

Mr Anyanwu, a superintendent of police, revealed that two houses and a shop, including two motorcycles and a tricycle, were razed by the gunmen

‘The DPO in the area said there are few dead bodies seen on the ground. The police are working round the clock to ensure the restoration of peace in the area,’ the Police spokesperson said.

He said efforts would be intensified to unravel the circumstances that led to “such unwarranted attack and loss of lives and properties.”

It is unclear for now if the attack has a link with the appearance of Nnamdi Kanu in court on Tuesday.

Mr Kanu, the leader of the outlawed Indigenous Peoples of Biafra (IPOB), is standing trial for terrorism at a Federal High Court, Abuja.

The Nigerian government has accused IPOB, a separatist group, of being responsible for the deadly attacks in the country’s South-east.