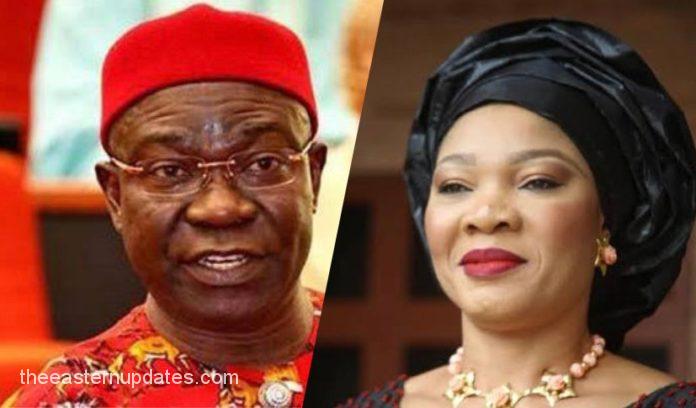 While reacting to the controversial detention of the former Nigerian Senate President, Ike Ekweremadu and his wife in the United Kingdom over a case of alleged organ trafficking, the Ebonyi State Government has said it has made efforts to reach out to the family of David Okemini Ukpo while throwing their support behind the embattled statesman.

The Eastern Updates recalls that Ekweremadu had facilitated the travel of Ukpo to the United Kingdom for a process of the kidney donation to his (Ekweremadu)’s daughter, Sonia, who is reportedly suffering from kidney failure. Ike Ekweremadu and his wife Beatrice were, however, arrested and detained by the Metropolitan Authority of UK for allegedly trafficking Ukpo to the UK for organ harvesting.

Speaking on the issues, Ebonyi State Government in a statement by the Commissioner for Information and State Orientation, Barr. Orji Uchenna Orji, said it stands with Ekweremadu’s family in their trying time.

“While we urge the UK Government to act progressively and meticulously and critically look at the intention (Mens rea) and the minds of the detained family and please give them the benefit of the doubt, we enjoin the public especially those with shades of opinions and surge of anxieties to remain calm as we hope to see light at the end of the tunnel.

“The State Government is reaching out to the family of David Okemini Ukpo from Ebonyi State, whose information to the Metropolitan Authority of UK orchestrated the criminal charge incidented against the Distinguished Senator and his wife.

“The State Government stands with Senator Ike Ekweremadu at this trial moment and hopes that the truth and nothing but the truth shall guide the outcome of the matter”.

Also, a statement issued by the Secretary to the State Government, Kenneth Ugbala to the British High Commission Abuja and Nigeria High Commission, London said Ukpo was not a minor as the Metropolitan earlier reported.

According to the statement, Ukpo’s younger brother, who he (Ukpo) was living with is above 20 years of age.

According to a document earlier sighted by The Eastern Updates, the young man was said to be 22-year-old.