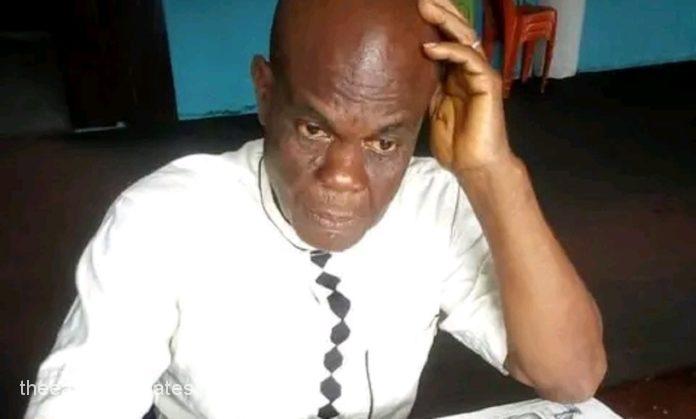 Some parts of Abia State were thrown into a state of pandemonium as some gunmen on in a brazen attack, kidnapped a well-known Abia State reporter and Journalist, Mr Chucks Onuoha, from his country home in Umungasi, Ohuhu, Umuahia, Abia State.

According to a family source, the unfortunate victim, Onuoha, who is the Editor-in-Chief of All Facts Newspaper, was picked up and kidnapped around 10pm by hoodlums who scaled his fence.

The source further disclosed that his vehicle was also taken by the hoodlums. The abductors were said to have contacted the family and demanded a ransom of ₦10m.

The President-General of the community, Mr Suleiman Anyalewechi, confirmed the incident.

He said he was contacted by the secretary of the community, who informed him that some men took Onuoha away.

He noted that nobody knew the details of the incident until the kidnappers established contact with the family.

The state Police Public Relations Officer, Geoffrey Ogbonna, said, “We are yet to be officially notified.”

His family has also appealed for assistance to rescue the head of the family from his abductors. And it should be noted that his abduction is coming barely a week after Ohuhu Welfare Union had raised alarm over the movement of stranger elements suspected to be herders inside forests in the community.

His wife, Mrs Udodirim Onuoha, who made the appeal when members of the Nigeria Union of Journalists, NUJ, Abia State, visited the family on Wednesday, also appealed to his captors to free him.

Narrating how the incident happened, Mrs Onuoha said that her husband had been abducted by three armed men who slipped into their house about 10.45pm on Tuesday while he was resting after returning from work.

According to the visibly devastated mother of five, she was also in the sitting room with her husband when the Kidnappers sneaked in through the back door. She had noted that the leader of the three-man gang immediately pointed a gun at her husband and ordered him to surrender all his phones and ATM cards.

Mrs Onuoha said that the Kidnappers later took her husband away in his jeep along with his two mobile phones and ATM card. She, however, added that before they left, the kidnappers gave a stern warning that the family should not involve security agencies if they wanted her husband to return alive.

Mrs Onuoha confirmed that the abductors later later contacted the family and demanded a ransom of ₦10 million but later reduced it to ₦2 million. She said that the family had been traumatized since the horrible scene, and appealed to the captors to let him go for the sake of the family.