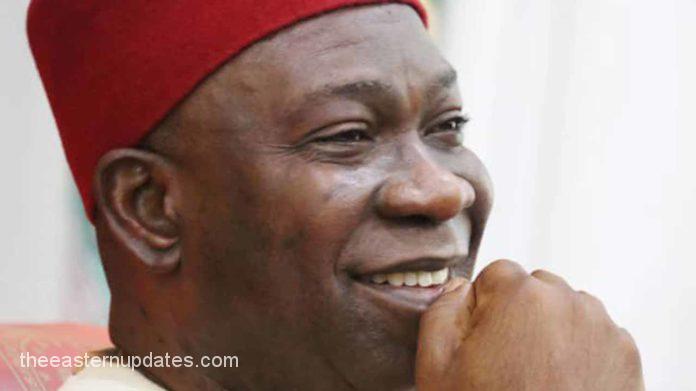 Senator Ike Ekweremadu a former Senate President has debunked the rumours making rounds that he has dumped the Peoples Democratic Party for Labour Party.

“Our attention has been drawn to an online misinformation to the effect that former Deputy President of the Senate, Senator Ike Ekweremadu, has joined the Labour Party.

“This is false and should be disregarded.”

Read Also: 2023: I Have Not Joined Labour Party, Ekweremadu Clarifies

The move, however, sparked rumours that the senator may join Peter Obi at the Labour Party.

It has also been reported that ahead of the presidential primaries of the Peoples Democratic Party and the All Progressives Congress, indications have emerged that a former governor of Lagos State and national leader of the APC, Asiwaju Bola Tinubu; former governor of Anambra State, Peter Obi; and national leader of the New Nigeria Peoples Party, Rabiu Kwankwaso, may spearhead regional parties pending the outcome of the primaries that would take place this weekend.

A source close to Kwankwaso, who was reacting to speculations that Obi had joined the NNPP after leaving the PDP, said, “It is not official, but that rumour is going on. I’m not sure if he (Obi) has reached out to us. You know his resignation was just today (Wednesday). But I know they have been discussing it with Kwankwaso even before now.

“What might happen is that the politics of 2023 might turn to regional politics. The NNPP is already strong in the North. There is a possibility that Ike Ekweremadu, Enyinnaya Abaribe and Peter Obi might form an alliance under another party in the South East.

“If Asiwaju Bola Tinubu doesn’t get the APC ticket, he might also go back to South-West with the Social Democratic Party. So, these three parties might become the big parties representing the regions in 2023.”