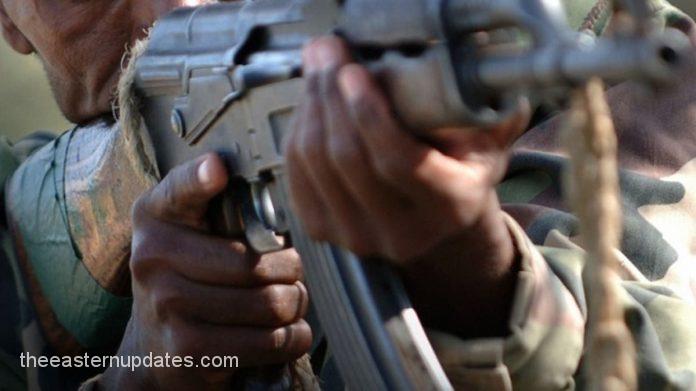 At least one person has been confirmed dead after suspected members of the armed wing of the Indigenous People of Biafra (IPOB) invaded the Ugbolu community, an outskirt of Asaba, the Delta State capital on Wednesday.

The Delta State Commissioner of Police Ari Ali Mohammed confirmed this during a press briefing at the state police headquarters in Asaba on Wednesday.

Read Also: EFCC Clamps Down On Another 36 Suspected Fraudsters In Imo

According to him, the suspected militant group reportedly blocked the Ugbolu/Illah Road and attacked two Dangote trucks. The driver was killed after he denied knowledge of any sit-at-home order by the group.

Meanwhile, the police have warned miscreants to steer clear of the state, assuring the public of their safety as they go about their usual businesses. The police authorities stressed that there is no-sit-at-home order in the state.

In a related development, Nigeria’s Minister of Information, Lai Mohammed, has called on popular social media company, Facebook to do more in barring the Indigenous People of Biafra (IPOB), from using its platform to incite violence and destabilise Nigeria.

Mohammed made this call during a meeting with a team from Facebook in Abuja on Tuesday.

According to the Minister several people have been killed because of IPOB’s activities.

‘I have called this meeting to enable us to discuss the increasing use of Facebook by separatists and anarchists, especially those of them based outside the country, to instigate violence and ethnic hatred in Nigeria.

‘For whatever reason, they seem to have now chosen Facebook as their platform of choice. And their tools include disinformation, incendiary statements and hate speech.