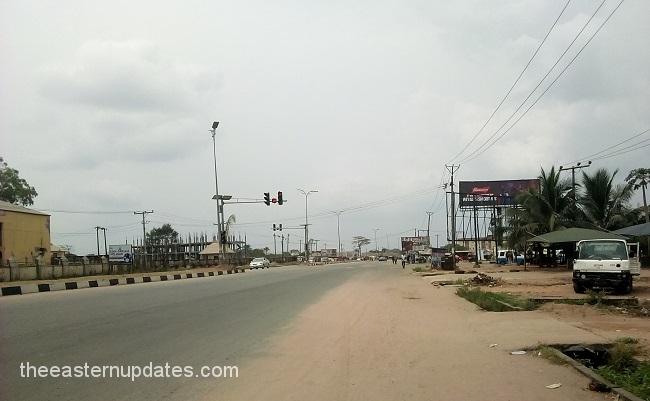 Economic activities were yesterday grounded in Owerri and its environs as the sit-at-home order which was issued by the Indigenous People of Biafra (IPOB), following the appearance of their detained leader, Nnamdi Kanu, in the Federal High court was fully complied with.

The Eastern Updates gathered that the streets of the state capital were deserted.

According to eyewitness reports, banks, shops and markets were all shut down. The transportation companies and Schools closed for business and the major streets of Owerri were empty.

Some of the residents who spoke to our reporters said they had earlier gone to the markets last Tuesday to buy the foodstuff that they would use on the day of the sit-at-home.

Among them, he said his name was Uchenna Mbakwe,  a trader at the Relief Market, in Owerri, said: I went to the market on Tuesday to buy food items because nobody will go out. It is because of fear of attack that we did not go out. it is so bad as I am talking to you now.”

Also, a teacher with a private school in the World Bank area of Owerri, who introduced herself as Mrs Ifeoma Okafor, noted, “People have decided to stay at home because of fear and that it was on Monday that she took her two  children to the village and decided to stay in the town with her husband until the sit-at-home issues were all over.”