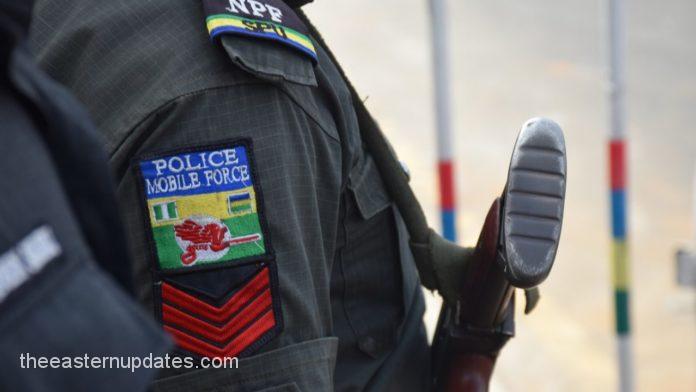 Two gunmen who were reportedly enforcing compliance to the Monday sit at home were yesterday gunned down by police operatives in Umunze, Anambra State.

This was confirmed by the Anambra State Command through its spokesperson, DSP Toochukwu Ikenga who said, ‘Operatives on crime prevention patrol in the early hours of today 16/5/2022 along Umunze, road, Orumba South LGA, engaged arm bearing gunmen allegedly enforcing sit-at-home in Anambra State.

‘The Operatives neutralised two of the miscreants and recovered a white Toyota Hiace Bus with no registration number.’

Ikenga further said the miscreants were obstructing the movement of innocent road users going for their businesses when they were accosted by the operatives.

‘The hoodlums forcefully collect motorbikes and tricycles, chase away the passengers and then set the motorcycle or tricycle ablaze.

‘The Command operatives have intensified patrol within the state and the situation is being monitored’, DSP Ikenga Tochukwu submitted.

In a related development, Gunmen numbering about seven and wearing hoods on Monday mounted guard at Amansea, a border town between Anambra and Enugu State to enforce the compliance of the Monday sit-at-home order.

A man, Mr Ekene, who drove his sick mother from Oji River to Awka to meet a doctor’s appointment told this reporter that he was saved by the sight of his mother, who was lying in the back seat.

‘About seven of them were on the road but when I told them I was taking my sick mother to the hospital, they let me drive by,’ the man said.