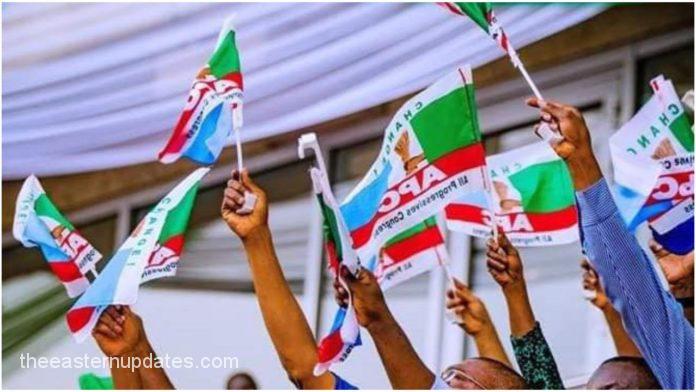 The ruling All Progressives Congress (APC), in Ebonyi State on Monday held the elections for their 5-man delegates’ congress in the 171 political wards in the state amid heavy security.

The chairman of the party in the State, Mr Stanley Okoro Emegha, who spoke to journalists, stated that the exercise is being conducted transparently, free, fair and credible in the 13 LGAs of the state.

He, however, debunked the allegations making the rounds that the party leadership in the state hijacked the ad-hoc committee that came to conduct the 5-man delegates election in the state.

Okoro inferred that the APC leadership in the state observed the harmonization process, and that positions can only be contested when aspirants insist on going to the field to test their popularity.

According to him: ‘We are making sure that we observe the independent National electoral commission, INEC, guidelines. As such, the process has commenced. And it is moving in accordance with APC guidelines.

‘Forms have been purchased, aspirants have filled their forms and submissions have been made, and we are on verification of their CVs. I cannot say the number of aspirants we have now because we are in talks with some of them to step down. We are giving them the reasons why they (aspirants) should allow one person to go.

‘Nothing is hijacked in this APC 5-man delegates congress election in the state.’

The primary elections of the party is expected to commence next week.