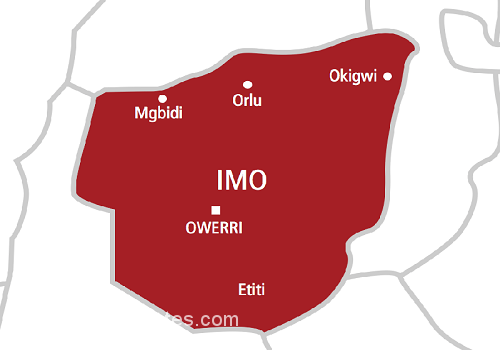 A Joint Task Force (JTF) of the Nigeria military and police on Monday averted what would have been some serious disaster at the palace of the Imo State Chairman of the Traditional Rulers Council, Eze Emmanuel Okeke, when it killed 6 suspected members of the Eastern Security Network (ESN) who attempted to attack the premises.

According to a statement by the State police spokesperson, Michael Abattam which was obtained by The Eastern Updates, the hoodlums who were sighted in 3 Hilux vans shot sporadically while advancing at the palace of the traditional ruler at Orlu at about 8 am.

However, according to him, before the suspects could cause any havoc according to Abattam, the police tactical team and the military who got a hint of their operation engaged them in a gun duel and in the process, 6 of them were killed while others escaped with serious bullet wounds.

Although one of the vehicles of the team was bombed by the hoodlums who threw a petrol chemical bomb at it, Abattam said.

‘The combined team did not relent in their effort, they chased the hoodlums recovering one pump action gun, three blood-stained cutlasses and three Hilux vehicles suspected to have been snatched from innocent citizens’. Abattam said.

Meanwhile, efforts he added are on top gear to arrest other fleeing hoodlums and security in Orlu and its environs and as well as all the areas he said have been beefed up to forestall any further attack.

However, normalcy has been restored in the area and the corpses of the neutralized bandits removed and deposited in the mortuary, Abattam said.