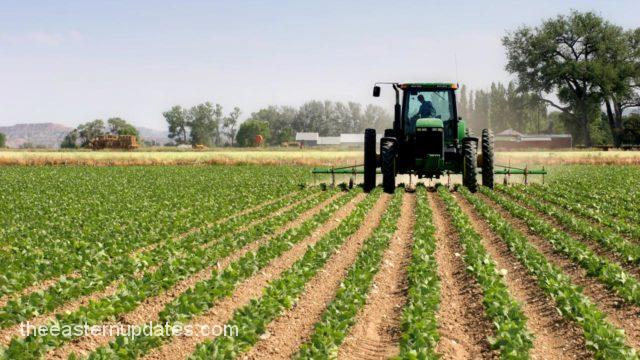 The Federal Government of Nigeria has announced the inauguration of the rehabilitated 35-hectare Achara-Ubo Emekuku Integrated Farm Estate in Imo State, engaging about 1,000 farmers in the project.

It disclosed that the rehabilitated farm estate, which was abandoned for about 30 years, now had six poultry houses with 18 pens that contain about 15,000 birds, three goat houses with 196 goats and three houses for pigs containing 108 pigs.

He said the project was in line with the vision of President Muhammadu Buhari, to create jobs for the youths and women and ensure food security.

Ikonne said, ‘Achara-Ubo farm is expected to take in 600 farmers, the processing and packaging section will soon start and will take in additional 200 people. The crop section is also set to start because we have provided the tractors.

‘This farm will be a centre that will train farmers within and outside Imo State and the 200 beneficiaries have been trained.

‘They are the first set of people to benefit from this project and as they pass out in the next six months, they will start their own farming activities and another set of people will come.’

He went on to add that, ‘This farm was abandoned for 30 solid years and NALDA took over and developed it. The direct engagement is about 600 farmers into the poultry, piggery and goat sections and an additional 200 farmers into the processing, packaging and export.’

Ikonne stated that in the first year of the entire project, about 1,000 farmers would be engaged in the area of animal husbandry, processing and packaging.

He further revealed that NALDA was partnering the Central Bank of Nigeria (CBN) to give financial support to beneficiaries of the project, adding that the fund would enable them to set up their various farms.