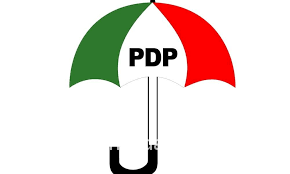 There were mixed feelings across various camps of the Anambra State chapter of the Peoples Democratic Party (PDP) as the PDP National Assembly Screening Appeal Panel released its Report in respect of some aggrieved aspirants yesterday.

The Eastern Updates gathered that PDP report of the Anambra State National Assembly Screening Appeal Panel failed to clear ten National Assembly aspirants from the state from participating in the PDP 2022 primary elections.

A statement from the PDP National Working Committee, NWC, which was obtained by The Eastern Updates yesterday, disclosed that four Senatorial aspirants from the State, namely Valentine Ozigbo, Dr Obinna Uzor, Chuma Nzeirbe and Tony Nwoye were not cleared.

According to the report of the Anambra State National Assembly Appeal Panel, dated May 3rd 2022: ‘The panel had before it a total member often appeals against the clearance and non-clearance of the aspirants.’

Part of the statement read, ‘The National Working Committee of our Great Party, the Peoples Democratic Party, PDP empaneled Dr. Alfred Isename, Chairman, Engr. Okpara Ahamefula, member and Hon Bar. Imo Williams, as Secretary, to serve as members on the Screening Appeal Panel to consider appeals arising from the Screening of all aspirants for the Anambra State National Assembly Party Primary Elections, for the upcoming 2023 General Election.’