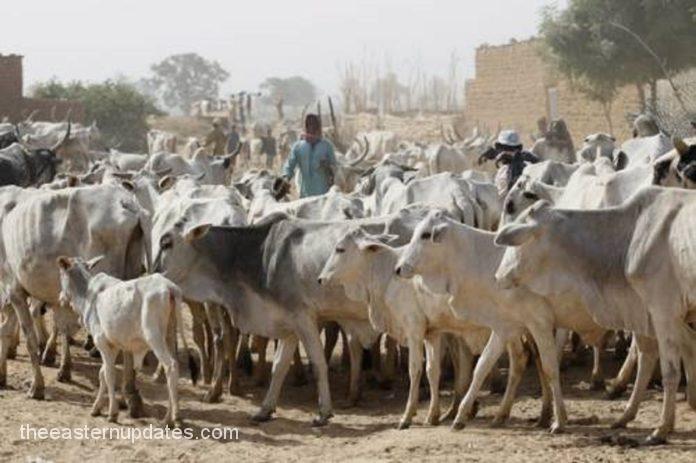 Miyetti Allah Cattle Breeders Association of Nigeria (MACBAN) has praised the Government of Anambra State under the leadership of Charles Soludo for its role in the rescue of the herders who were recently as well as their cows.

South-East Zonal Chairman of MACBAN, Gidado Siddiki, gave the commendation in an interview with the News Agency of Nigeria (NAN) in Enugu on Friday which was monitored by The Eastern Updates.

It would be recalled that the herders were abducted by unknown gunmen a few days ago in their settlement in Obene community, Ogbaru Local Government Area of Anambra, with over 300 cows reported to have gone missing in the aftermath.

However, no fewer than ten of the abducted herders were recently found, and many cows were recovered by a search party, compromising of joint efforts from security agencies.

Siddiki pointed out that the Obene incident was one of the many instances of attacks on herders by hoodlums at different locations in the state.

He, however, expressed happiness with what he called the swiftness of the rescue of the abducted herders and the role played by the state government.

According to him, they were hopeful that the remaining person and cows would be rescued in good health.

The MACBAN zonal chairman said the association was not unmindful of the pride of place given to security and safety of lives and property by the Gov. Chukwuma Soludo-led administration.

‘We pledge our unalloyed support to the governor, knowing full well that without a safe and secure environment, our business is bound to suffer serious losses.

‘We believe that the governor’s zero tolerance for criminality will provide adequate protection for herders, as long as they remain law-abiding while plying their legitimate trade,’ he submitted.

According to Siddiki, the association is confident that the future will get better, based on its determination to continue suing for peaceful co-existence and the commitment of the Soludo-led administration to a peaceful state.