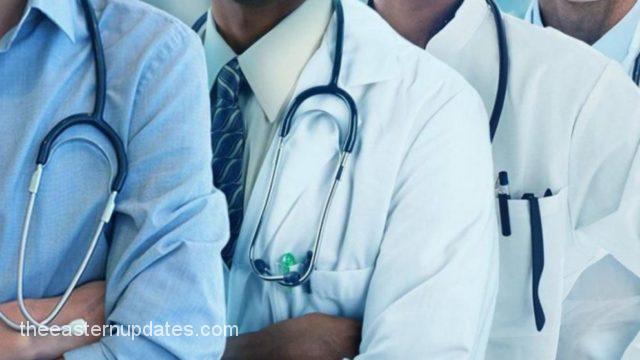 The Chukwuemeka Odumegwu Ojukwu University Teaching Hospital (COOUTH) chapter of the Medical and Dental Consultants Association of Nigeria (MDCAN), has insisted that it will not back down on its proposed strike.

In a letter to the CMD of COOUTH, Dr Joe Akabuike on 12 April, MDCAN had threatened to begin a strike action if the promise of the state government to its members to increase their salaries was not fulfiled by the CMD.

The letter which was jointly signed by the chapter chairman and secretary, Prof George Emechebe and Dr Bernard Ochiagu respectively said the government failed to implement the agreement it reached with the medical union.

The letter which was obtained by The Eastern Updates read, ‘Recall that the Anambra state government promised to pay all doctors working with the state good salaries. To be convinced this promise was fulfilled, the MDCAN COOUTH chapter signed an agreement with the hospital management Board in January 2020 for an improved pay package.

‘As part of the bargain, the hospital management commenced the payment of the new salary emolument at 70% implementation and pleaded with the MDCAN COOUTH Chapter that a full (100% CONMESS) automatically be effective by January 2021.

‘However, the payment of 100% CONMESS did not commence as promised, and the members were appealed to, to be patient in January 2022. As a responsible government that does not play with the health of her citizens, additional subventions were released to the hospital management, to make sure health workers were adequately remunerated.

‘To Our greatest chagrin, when the February and March 2022 salaries were paid, what our esteemed members received was far below their expectation, and the shortfalls were not also paid.

‘It is disheartening, to say the least, that the CMD turned around and labelled the document generated by the hospital management board an illegal document. The CMD also claimed that whoever signed such an agreement did so in error.’

Just three days to the commencement of the strike action, Emechebe has said there was no going back on the decision.