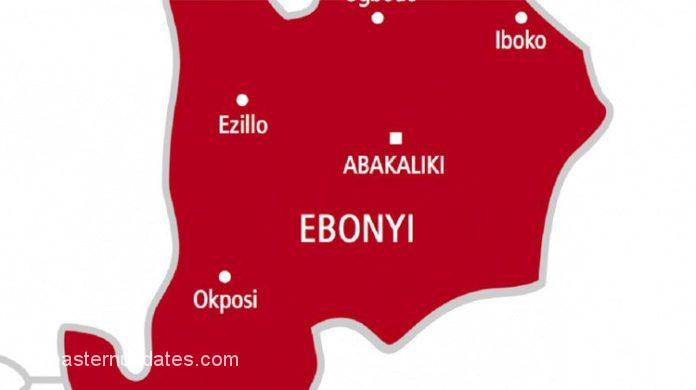 The Catholic Church in Ebonyi is seeking justice for Rev. Fr. Timothy Ngwuta, who was incarcerated over alleged involvement in the Effium-Ezza Effium fratricidal conflict in the state.

The church made the appeal in a statement signed by Rev. Fr. Mathew Uzoma, Chancellor, Catholic Diocese of Abakaliki on Monday while reacting to the cleric’s continued incarceration in the state.

The church, in the statement, said that Ngwuta vehemently denied all charges brought against him before the bishop of the diocese and implored those responsible for the priest’s incarceration to “listen to the voice of right conscience”.

“He was arrested by the police on Dec.21, 2021 at Mbeke-Ishieke, Ebonyi Local Government Area of the state while assisting a friend retrieve his vehicle which broke down.

“He went to the police to secure a clearance which was granted after settling the entitlements for guarding the vehicle for two weeks.

“A local vigilante accosted him and his team while inflating the tyres of the vehicle and he told them that the entitlement given to the police also covered theirs.

“Another set of vigilantes swooped on him and this caused a rift between both groups with Ngwuta arrested and taken to the same police station which earlier gave him clearance,” the statement read.

The church, in the statement, revealed that Ngwuta was subsequently transferred to the state police headquarters and released on Dec. 23, 2021 due to deteriorating health.

“He was re-arrested on March 8, 2022 and three days later, arraigned in court for kidnapping and murder of the five Nelan construction company engineers supervising a road project at the crisis area, among other charges.

“We are worried over how an issue of vehicle retrieval outside the conflict area (another LGA) has metamorphosed into such accusations as Ngwuta had disclosed the identity of the vehicle owner to the police.

“Efforts to secure his bail have been hampered by an executive order preventing any court in the state from entertaining matters relating to the Effium crisis.

The church said that it would not shield anyone who perpetrated violent acts in the state.

Reacting to the development, the state Attorney General and Commissioner for Justice, Mr Cletus Ofoke said that there was nothing such as an executive order on the Effium crisis.

“The government can never issue an order stopping the legitimate duties of the courts as such claim is aimed at maligning the government.

“Once a matter is in court, nobody talks about it with the legal processes taking their course.

“The state government has no hand in priest”s case as it is purely a legal issue from the police to the court.

“The priest is a human being such as others incarcerated over the Effium crisis with several of them already charged to court,” he said.

Efforts made to contact the police for reaction proved abortive as its Public Relations Officer, DSP Loveth Odah was not available for comments.