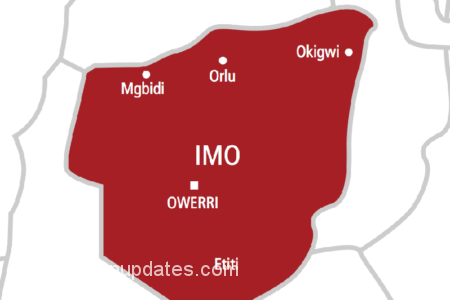 Unknown Gunmen have renewed their attack on police formation in Imo State attacking the Umuguma police division in Owerri West Local Government Area of Imo State at the early hours of Saturday.

A source from the area told The Eastern Updates under the condition of anonymity that the hoodlums also killed 2 police constabularies who were on duty.

One of the constables was said to have been butchered to death as he was caught trying to escape through the perimeter fence of the station while his other colleague died in the raging fire caused by the explosion of the dynamite.

According to the source, the gunmen who were heavily armed blocked the road on arrival at the station and started shooting sporadically to scare people from coming close to them before they threw a dynamite inside the premises.

In a related development, The Eastern Updates had earlier reported that some yet-to-be-identified Gunmen on Wednesday attacked and killed two officers of the Nigerian Correctional Service (NCS) who were on patrol in Okigwe town.

It was gathered that the attack happened at Umulolo in the Okigwe area of the State on Wednesday afternoon.

An eyewitness who pleaded anonymity told newsmen that the murdered officers who are yet to be identified, were part of a joint security task force team in the area who were saddled with the responsibility of protecting the area.

The source who pleaded anonymity said the deceased officers were on patrol when they were ambushed by the gunmen.

The source added that they took off from Owerri in two Hilux vans for the day’s job before the incident.

The dreaded Unknown group has in recent times renewed its attacks on various police formations in the South East.