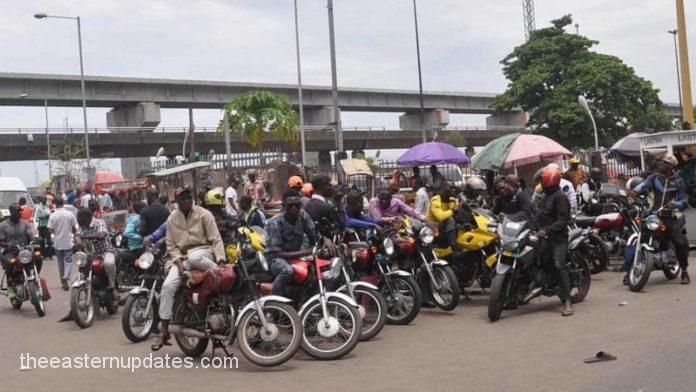 The Enugu State Government on Friday announce a ban on the operations of Tricycle, Motorcycle, and Tipper-Truck in all the communities located in Nkanu East and Nkanu West local government areas of the State.

The ban was imposed sequel to the emergency security meeting with chairmen and major stakeholders including traditional rulers and Presidents General of the communities in five local government areas of Enugu South, Enugu East, Enugu North, Nkanu East and Nkanu West LGAs.

A statement by the Secretary to the State Government, Prof. Simon Ortuanya, titled ‘public service announcement’, which was made available to The Eastern Updates disclosed that the ban was the outcome of an emergency Security Council meeting held at the Government House, on Thursday, February 24, 2022, following the upsurge of insecurity in the state capital and it environs since this year.

The statement partly read, ‘following an emergency Security Council meeting held in Enugu State Government House today, Thursday, 24th February 2022 on the heels of the recent spike in insecurity in parts of the State and Executive Order No.1: 2022 dated 24th February 2022, the operation of Tricycle popularly called Keke, Motorcycle, otherwise known as Okada, and Tipper Truck have been banned forthwith in the following areas in the State:

The statement, however, enjoined members of the public to comply with the order and directed the security agencies in the state to enforce it to the latter.

Incidences of kidnapping without trace have also increased in the state with little help from the security agencies since November 2021.