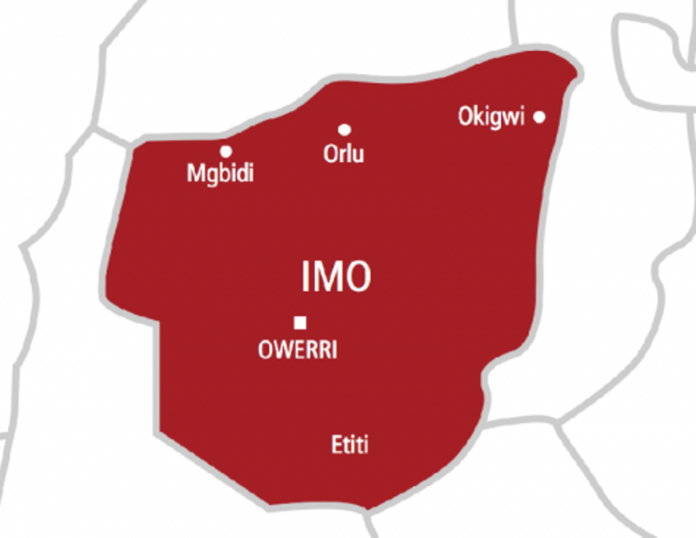 Armed men suspected to be security agents, yesterday razed residential houses belonging to one Sonyval and Chinonso Madu, siblings of Mr Uche Madu, who was alleged to be a member of the the security arm of the Indegenous People of Biafra (IPOB) Eastern Security Network (ESN) group in Umuonyeoka Community in Ihitteafoukwu, Ahiazu Mbaise Local Government Area of Imo State.

The Eastern Updates gathered from eyewitnesses that the security operatives stormed the area in seven cars shooting sporadically before heading to the Uche Madu compound.

A community source, who spoke to newsmen under the condition of anonymity, revealed ‘they came to apprehend Mr Uche Madu and when they couldn’t get him, all hell was let loose and they allegedly descended on the country home of his siblings, Sonyval and Chinonso Madu, which they set ablaze without allowing even a single pin to be evacuated from the building.’

According to him, ‘security operatives came here Saturday evening and set our brothers’ houses on fire, destroying every property.’

Another resident, Emeka Obasi, said ‘while I do not condone any indigene of Ihitteafoukwu land to be involved with any unlawful act or criminal activities, it is still pertinent to state that the invasion and arson perpetrated in our land today is highly condemnable and ill-advised.

‘In an era where security matters and investigation are handled and unravelled by intelligence gathering, the resort to arson by supposed law enforcement agents can best be described as an affront and highly unlawful.

‘In recent times, Imo State has continued to make screaming headlines in both local and international media for the wrong reasons. It is therefore incumbent on the State Governor H.E..Sen. Hope Uzodinma who is also the Chief Security Officer of the state to rise up to the challenge and ensure that such incidents like the Ihitteafoukwu invasion that exposes the security volatility of the state are nipped in the bud.’

He called on the state government to without delay unravel those behind Saturday’s invasion of Ihitteafoukwu land with a view to bringing them to book as well as forestalling a future recurrence of this unlawful act.

When contacted, the Interim Management Committee Chairman of Ahiazu Mbaise, Chief Larry Obinna Chikwe, confirmed the report, saying police officers, not soldiers, were responsible for the operation contrary to the previously held notion.

He said from the information he gathered through phone calls is that police officers from the state came for the operation.