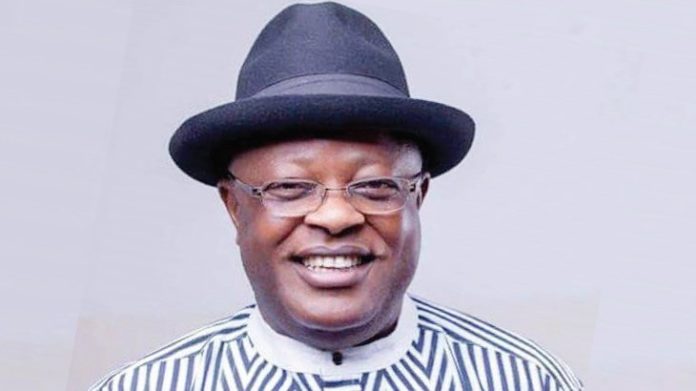 A group of Northern youths, under the auspices of Arewa Youth Solidarity (AYS) for David Umahi 2023, on Monday gave reasons the Ebonyi State Governor, David Umahi, is their best choice as the 2023 presidential race intensifies.

Addressing a press conference at the weekend, National Coordinator of the youths group, Ahmad Gorumo, stressed that Governor Umahi has, over the years, accommodated northerners residing in Ebonyi State without religion and ethnic discrimination against them.

Gorumo also stated that for the fact that Umahi is among the few Governors who did not enact the anti-grazing law against herdsmen, he has earned the support of northern youths for the presidential race.

He said Umahi gave Abakiliki, the state capital a face lift befitting a modern city and added that these attributes, and many more, have endeared the Ebonyi governor to northerners, who  believe  he can take the country to the promise land.

‘We, Arewa youths, are supporting the candidature of Umahi as a detribalised Nigerian, a dependable ally of the North, a progressive who believes in the mission of President Muhammadu Buhari and our party, All Progressives Congress.

‘Umahi has made Ebonyi State a safe haven for northerners in the South East without discrimination and molestation.

‘He has not enacted any anti-grazing law and he is the only governor to accept the ranching proposed by the Federal Government. These, and many other reasons, have endeared him to the North and we believe he can rule this country without discrimination to any zone.

‘We, northern youths, will support him and have pledged to reach out to all stakeholders in the North and mobilise youths for his presidential contest in 2023.

‘AYS recognises the need for Nigeria to remain one, foster unity and cooperation among regional and ethnic divides as well as the need to respect the gentleman rotation of power in 2023.

‘We also categorically state that power shift to South and particularly, South East in 2023 will bring about justice and fairness in the country.

‘As the build-up to the 2023 presidential contest is gaining momentum, we have invited you to give you an update on the state of politics,’ Gorumo said.