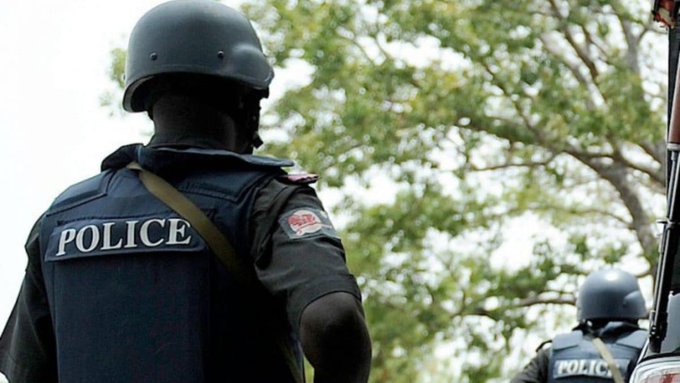 The Eastern Updates gathered that the hoodlums engaged the policemen on duty in a gun battle but the gallant men of the Nigerian police force repelled the attacks and forced them to abandon one of their operational vehicles, a Lexus 330 which has now been recovered.

It was said that the hoodlums hurriedly fled the scene to avoid being apprehended when they saw that they were being overpowered by the security operatives.

An unidentified source who spoke to The Eastern Updates disclosed that the police station and its environs are calm and have been cordoned by security men.

The police spokesman, Tochukwu Ikenga, who confirmed the attack, hailed the gallant efforts of the officers on duty for their bravery.

Ikenga said, ‘The Commissioner of Police Echeng Echeng, has today assured the residents of Anambra that the command is firm and ready to enhance public safety and peace in the State.

‘The CP made this remark today as he cheered the gallantry of the Command operatives, as they successfully repelled an attack at Uli Police Divisional Headquarters.

‘The attackers abandoned one of their operational vehicles, a Lexus 330 black colour and fled the scene, due to the superior firepower of the police operatives. The Ssation is in good condition and no personnel or arms were lost.

‘Meanwhile, the area has since been reinforced by the operatives of the command and operations are ongoing. Further details shall be communicated, please.’

The Eastern Updates reports that this was coming less than 48 hours after about three policemen were shot dead by yet to be identified gunmen in Enugu State.

The Eastern Updates gathered that the incident occurred in the Maryland area, around the Lomalinda Estate.