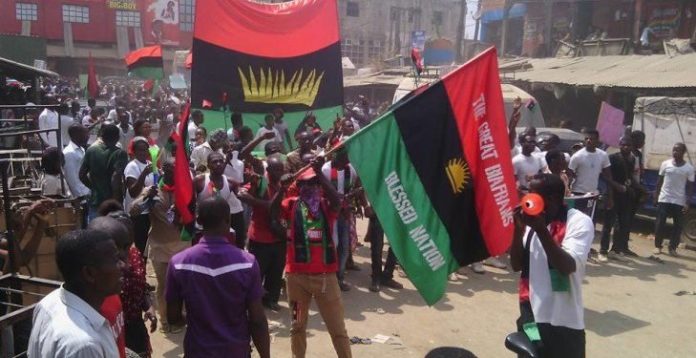 The Eastern Updates had earlier reported that the IPOB had in a statement on Thursday by its spokesman, Comrade Emma Powerful, announced that the one-week sit-at-home was cancelled following interventions from eminent religious and traditional leaders from the South-East.

It also urged Anambra voters to go all out on Saturday and cast their ballot.

Reacting, the Ohanaeze Ndigbo Youth Council Worldwide, OYC, hailed the IPOB for once again heeding the voice of reason.

In a statement signed by the President-General, Mazi Okwu Nnabuike which was made available to The Eastern Updates, he said the development was in the best interest of the entire Igboland.

‘We are delighted over the cheering news that the IPOB has cancelled the one-week sit-at-home, which we earlier said would be of great consequence on the entire Igboland.

‘It is a thing of joy that the IPOB has finally looked at the larger picture by cancelling this action. Although it came, it is still better than never.

‘We commend the Uchenna Madu-led Movement for the Actualization of the Sovereign State of Biafra, MASSOB, for standing firm over the Saturday’s Anambra Governorship election.

‘At this point, we re-echo our appeal to our people to go out en-mass and cast their ballot for their preferred candidate in the Anambra guber election,’ Okwu said.