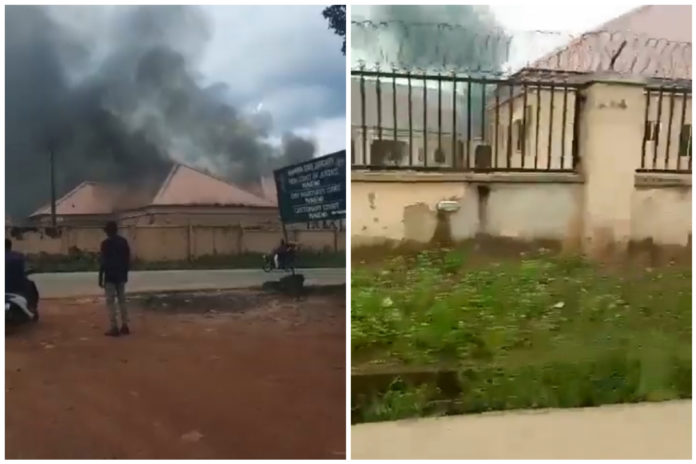 The gun wielding men were said to have operated for hours in the industrial town.

A source, who pleaded anonymity, newsmen that the gunmen, who stormed the town operated in four Sport Utility Vehicles (SUVs).

It further revealed that two persons who tried to make a video recording of the event were gunned down.

DSP Toochukwu Ikenga, the Police Public Relations Officer (PPRO), of the Command, who confirmed the attack said it was a case of fire incident.

According to him, at about 2pm, Oct.3, the command received a distress call of a fire incident in Nnewi.

‘Police operatives are currently on ground and the area has since been cordoned off.

‘Further details shall be communicated please,’ he said.