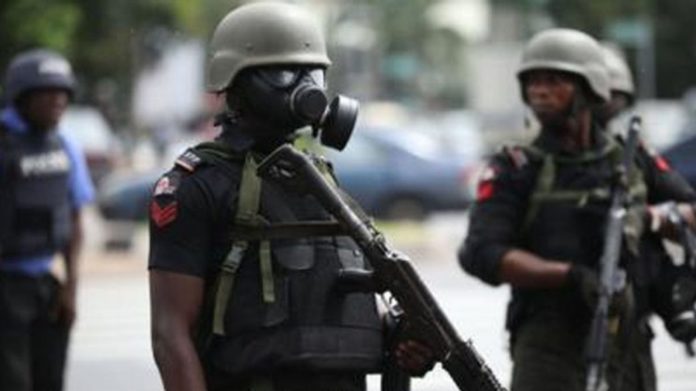 The Imo State Command of the Nigerian police have announced the arrest of a suspected member of the Eastern Security Network (ESN) linked to the Indigenous People of Biafra founded by Nnamdi Kanu.

A statement issued in Owerri on Wednesday by the police spokesperson, Micheal Abattam, disclosed that the suspect, Obumneke Gabriel, was arrested at Amaraku in the Isiala Mbano Local Government Area of the state on July 26.

Abattam said that exhibits recovered from the suspects include a locally made double barrel pistol loaded with ten rounds of live cartridges and two expended cartridges.

The statement read which was sighted by The Eastern Updates read; ‘Following information received that some of the remnants of the IPOB/ESN terror groups, after the decimation of their camps, are seen roving about and robbing innocent people on the road around Umueli Amaraku in Isiala Mbano LGA of Imo State.

‘The Commissioner of Police immediately directed the Command’s Operation Search and Flush teams to embark on a vigorous and results-oriented stop and search operation within the area.

‘On 26/7/2021 at about 1830 hours, a team of Operation Search and Flush operatives comprising of Police and NDLEA arrested one Obumneke Gabriel “M ” of Umueli Amaraku in Isiala Mbano LGA of Imo State. When he was searched, a locally made double barrel pistol loaded with ten (10) rounds of live cartridges and two expended cartridges were recovered from him to the station.

‘When interrogated, the suspect confessed to being a member of the proscribed IPOB/ESN terror group and has volunteered useful information that will lead to the arrest of his other members. Investigation is ongoing and the command is working tirelessly to neutralise all terror groups in the state.

‘The Commissioner of Police, Imo State Command, CP Abutu Yaro, fdc, commended the efforts of the officers and men in the fight against terror.

‘He also commended the residents and citizens of the state for their worthy synergy with the police, especially in the provision of credible information that has enabled smart policing and interception of criminal elements, and warned that all criminals should relocate from the state forthwith or face dire consequences.’