Imo Residents In Fear As SARS Allegedly Resurfaces In Owerri 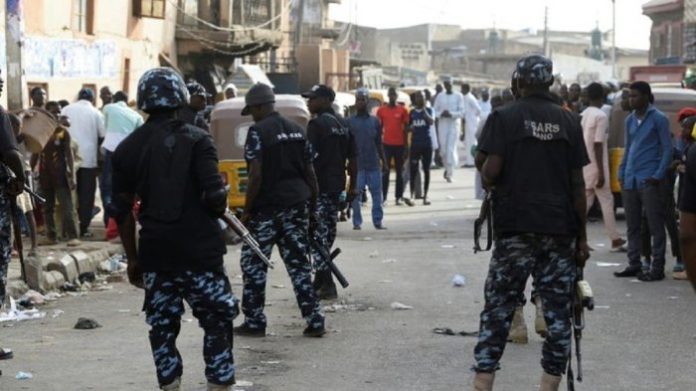 There is palpable fear in Owerri, the Imo State capital, as the disbanded Special Anti-Response Squad (SARS), had gradually taken over the streets of Owerri.

The Eastern Updates reports that the dreaded SARS officers are seen at various junctions and checkpoints in Owerri, causing terror and fear to Imo residents.

At Spibat junction, near former Governor, Rochas Okorocha’s house, they mounted a road block and used their firearms to intimidate unsuspecting motorists.

However, cab drivers and pedestrians alike in Owerri, have taken alternative routes to their destination for fear of being confronted.

A minibus driver who operates along Orji flyover to Amakohia, on sighting the uniformed men, immediately took a u-turn and followed an alternative route.

He said, ‘these wicked policemen have come back again. I thought they were disbanded. What are they doing on the roads.

‘There is nothing Imo people will not face in this period. Which one are we running for? Is it unknown gunmen or the army, or even Fulani herdsmen? Truly, Imo State is in trouble.’

The Eastern Updates recalls that youths of Imo State and Nigeria at large, recently took to the streets to protest the brutalization and intimidation of the SARS officers, calling for their disbandment.

To that effect, President, Muhammadu Buhari saw reason with the youths and disbanded the squad.