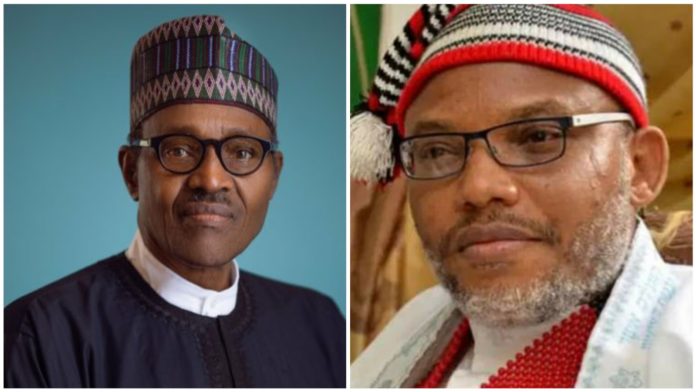 The leader of the Indigenous Peoples of Biafra (IPOB), Nnamdi Kanu has reacted to the deletion of an offensive tweet of President Muhammadu Buhari by Twitter.

The Eastern Updates understands that popular social media platform, Twitter, yesterday deleted a tweet by Buhari on Tuesday in which he made reference to the Nigerian civil war of 1967.

Buhari had said ‘Many of those misbehaving today are too young to be aware of the destruction and loss of lives that occurred during the Nigerian Civil War. Those of us in the fields for 30 months, who went through the war, will treat them in the language they understand.’

Buhari’s statement drew the courage from many Nigerians across the country, as they felt he was trying to incite another genocide against the Igbo.

‘What you did prove is that the rulers of Nigeria who feel they’re not accountable to #Biafrans for their crimes will ultimately account to the international community. #ThisIsNot1967.’