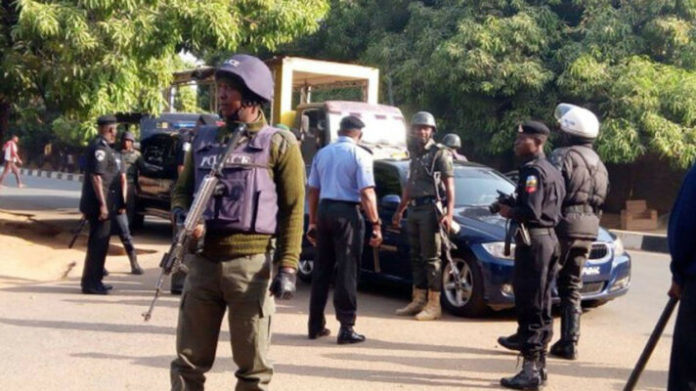 There was pandemonium yesterday when gunmen shot a police sergeant, Loveday Obilonu, dead at Okwuuratta in Owerri North Council Area.

Obilonu attached to the Department of Operations of the Police Command headquarters in Owerri, was shot dead at Okwuuratta road of Chukwuma Nwoha Road, Owerri, the state capital.

The Eastern Updates can confirm that his corpse was evacuated to Aladinma morgue in Owerri by his elder cousin, Val Okara, with the aid of the Divisional Police Officer in charge of Orji Divisional Police Headquarters.

His corpse was lying inside the gutter as at the time his cousin and police operatives arrived with an ambulance and evacuated him.

Okara told our correspondent the killing of his relative was suspicious.

He said the slain cop’s two phones had been taken to his wife.

He said he suspected Obilonu was assassinated, urging the police to painstakingly investigate the murder incident.

‘I suspect that my younger cousin was assassinated because no less than five bullets were released on his head. He was shot dead inside the gutter, raising suspicion that it might be an assassination.

The police should do a thorough investigation.

‘He was my very beloved cousin. He was married with four children and I am pained about his death because he left a very young family.

‘I am his marriage godfather. He had a very loving wife and I do not know what his wife and children will do now. This is indeed very regrettable.’

He added: ‘An unexpended bullet was found inside the gutter where his corpse was lying‘.