Time after time, education has proven to be a gateway to invaluable opportunities, not only for its direct participants and their families, but for the world as a whole. It is said that the value of education cannot be accurately quantified. As such, rewards such as honour, prestige and recognition have been perceived to be adequate measures of the value of education. More often than not, some Igbo indigenes in the diaspora have been recipients of these rewards by virtue of their reputations and careers. These careers span the fields of Law, Medicine, Engineering, Sports and the Arts.

In recent years, a number of Igbo indigenes have projected themselves into the limelight of the medical profession. These outstanding individuals have worked hard to distinguish themselves and have earned the respect of their contemporaries in countries such as the United States of America, Canada, Australia, Europe and indeed, all over the world. Here is a brief look at the feats of some of these high-achieving professionals in the diaspora. 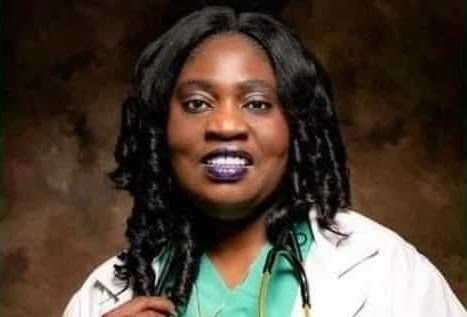 Dr. Njideka Udochi is a shining example of the innate spirit of excellence that thrives in Igbos. Shortly after the appointment of her sister, Dr. Ngozi Okonjo-Iweala as the Director-General of the World Trade Organization, the Nigerian-born physician became the very first black female to emerge Family Physician of the Year in Maryland, United States. This award was bestowed on her by the Maryland Academy of Family Physicians (MDAFP) in 2021. Becky Wimmer, the Academy’s Executive Director revealed that Dr. Njideka Udochi was selected from six candidates because she ‘continues to provide her patients and communities with passion and care” and also remarked that “all her contributions made her stand out.’

The award is the MDAFP recognition of Dr. Udochi’s exemplary character and her embodiment of the values and traditions of a model family physician. It is a position of great honor and prestige and is no small feat indeed.

For Dr. Njideka Udochi, a graduate of medicine from the University of Nigeria with over 33 years of experience, excellence in her chosen career field and a long-standing character of integrity go hand in hand and this is evidenced by the stellar ratings from her patients who commend her as the best family doctor they have ever had. In her practice, she is known by her patients as a doctor who establishes a connection with each individual and strives to treat all her patients as if they are her family. After earning her Master’s in Public Health at the Johns Hopkins Bloomberg School, Dr. Njideka Udochi proceeded to undergo her residency at the George Washington University School of Medicine and Health Sciences in 1988. The following year, she completed her fellowship in the same university.

She is board certified by the American Board of Family Medicine (Family Medicine). For five years following this, she worked as a medical director for Baltimore’s Healthcare for the Homeless and a former HIV clinic known as the Health Education Resource Organisation (HERO). Over the period of seven years, Dr. Udochi has worked with about 152,857 patients from Maryland and Washington, D.C. as well as patients from 114 countries around the world. She is currently resident in Columbia, Maryland in the United States.

Another exceptional medical practitioner making Igbo indigenes proud in the USA is Professor Onyema Ogbuagu. He is an Associate Professor of Medicine in the clinician-educator track and Director of the HIV Clinical Trials Program of the Yale AIDS Program, Section of Infectious Diseases of the Yale School of Medicine. He was recently recognised as one of the researchers instrumental in the creation of the Pfizer vaccine for the infamous Covid-19 virus. As a Yale Infectious Diseases specialist, he ran Pfizer’s vaccine trial at the school, and he subsequently served to reassure black people in America and worldwide that they have nothing to worry about concerning the vaccine.

Between 2003-2010, Dr. Ogbuagu received his education at the University of Calabar College of Medical Sciences and completed his residency at Mount Sinai School of Medicine. He had his fellowship at the Yale School of Medicine in 2012. In response to the COVID pandemic, he is the Yale principal investigator on multiple investigational therapeutic and preventative clinical trials for COVID-19 including remdesivir (now FDA approved), Pfizer and GSK COVID-19 vaccines. Professor Ogbuagu has over 18 years of experience in the medical field. 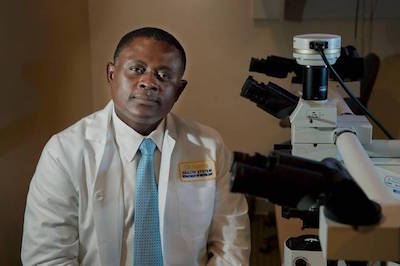 Dr. Bennet Omalu, an Igbo Born-American physician, was the first to discover and publish findings on the chronic traumatic encephalopathy in American football players while working in Pittsburgh. So profound was his discovery that his article was expanded into a book titled Concussion. It was later adapted into a film of the same name, in which Dr. Omalu was portrayed by famous Hollywood actor, Will Smith. He works as a physician, forensic pathologist and neuropathologist. He later became the chief medical examiner for San Joaquin County, California, and is a professor at the University of California, Davis, department of medical pathology and laboratory medicine. He was born in Nnokwa, Idemili South, Anambra in southeastern Nigeria on September 30, 1968 during the Nigerian civil war, the sixth of seven siblings.

Omalu’s mother was a seamstress and his father a civil mining engineer and community leader in Enugu-Ukwu. The family name, Omalu, is a shortened form of the surname, Onyemalukwube, which translates to ‘he who knows, speaks’.

Omalu holds seven advanced degrees and board certifications, and later received fellowships in pathology and neuropathology through the University of Pittsburgh in 2000 and 2002 respectively, a master of public health (MPH) in epidemiology in 2004 from University of Pittsburgh Graduate School of Public Health, and a master of business administration (MBA) from Tepper School of Business at Carnegie Mellon University in 2008. Dr. Mrs. Isioma Okobah, in 2017, bagged the highest medical award in the US as the 2017 Prestigious Fellow of the American Academy of Family Physicians Award. The award is for practising physicians in the US who have distinguished themselves among colleagues and in their community by their contribution towards the development of family medicine.

Chief Dr. Ikenna Ihim is a medical doctor who practices in the United States of America. He is best known for his work on Nasogastric intubation. Since 2020, he has been working on the frontline of the COVID-19 pandemic.

Although born in Owerri, Imo state, he is from Amorji-Ugwu, Nkwerre, Imo State. His father Nze O.F.N. Ihim is a business tycoon and a former governorship candidate in Imo State.

Ihim graduated from the University of Maryland, College Park with a degree in biology, before preceding to St. Matthew’s University where he studied medicine and graduated in 2014. From 2015 to 2018, he went to Coney Island Hospital for his residency in internal medicine.

He later got his medical license in North Carolina and became a board certified internist and started practicing in Fayetteville, North Carolina. During his time in the medical school, he furthered to Davenport University where he got an MBA in healthcare management, graduating in 2017. Ihim was also recently conferred a chieftaincy title as Nze Ikeoha 1 of Nkwerre.

With the aforementioned, it is clear that there is no shortage of brilliance and capacity for greatness amongst the Igbos in the Southeastern part of Nigeria. These outstanding individuals and many more Igbo professionals are but a few among the many professionals who spin a different narrative of Igbos in Nigeria and Igbos in diaspora. Their exploits speak louder than any written words.

Happy Birthday To A Gem At 57