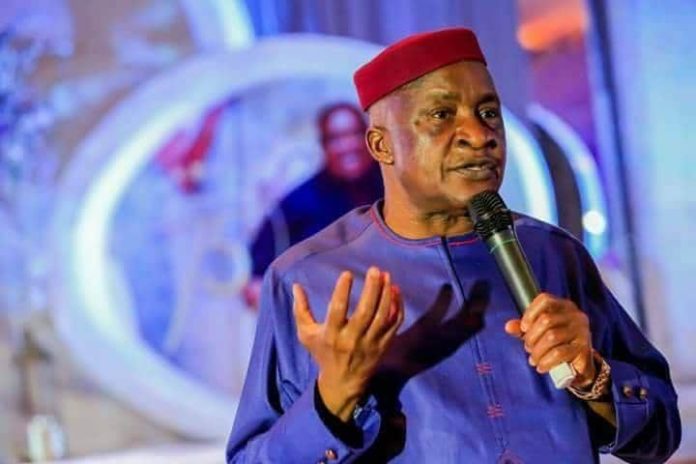 A former governor of Imo State, Chief Achike Udenwa has claimed that a restructured Nigeria would be more beneficial to an Igbo man than producing a president.

He maintained that what the Igbo and other ethnic nationality needs at the moment is restructuring more than the presidency. He noted that the 2023 elections would be of no effect without restructuring.

Read Also: Issues With Who Wears The ‘Chief Blindfold’ In Imo State

‘Nigeria will wake up economically, socially. But as long as we continue operating this unitary government in the name of a Federal Government it will never work; you cannot run a unitary government in a multi-linguistic society like ours, in a multi-cultural society like ours. The presidential system, being a winner takes it, any of the tribes that grab power poses a danger to the other tribes and that is why we are saying loosen it; let us go back to true federalism.

‘This was what Aburi Accord was all about. If the Aburi agreement had been implemented at the time, perhaps there wouldn’t have been a civil war; perhaps we wouldn’t have been where we are today, economically, socially and otherwise. The in-fighting, strife, suppressions, the insecurity would never have been in this country today. We still have an opportunity to correct that mistake; let us restructure now.

‘The 2014 National Conference Report touches on all these things. Even if you don’t like what they have done, take that document, you can set up a small committee to review their report. Everything we needed to do was contained in that report. We must have the will; what we are lacking is the will and as long as we lack the will even though we hold a hundred elections, it doesn’t take us anywhere.